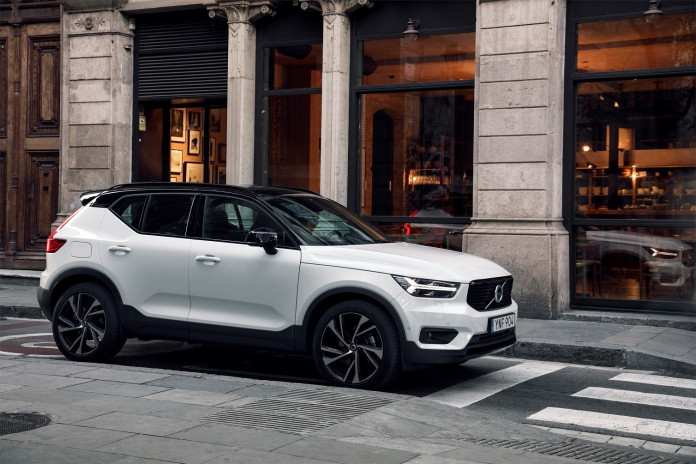 SWEDISH car maker Volvo is set to rattle its rivals in the compact luxury SUV market, with the announcement of ultra competitive pricing for the new XC40, set for an Australian launch in April.

When it arrives, the Volvo XC40 will be available in two variants – Momentum and the sporty and dynamic R-Design – with two engine options – the petrol-powered T5 (185kW and 350Nm), and the diesel driven D4 (140kW and 400Nm).

Both are 2.0-litre turbo-charged four cylinder engines, and all Volvo XC40 variants have the latest Drive-E engine technology.

Of more significance though will the arrival, later this year, of the 1.5-litre turbo three cylinder engine option, expected to further reduce the XC40 price.

“We are confident that with its very distinctive look and competitive pricing the XC40 will make an immediate impact with buyers who are looking for something very different from the cookie-cutter models in the compact luxury SUV segment today,” Volvo Car Australia managing director Nick Connor said.

“The XC40 exterior has an athletic sculpture with a subtle, timeless quality. The interior is a masterful composition of well-resolved architecture, beautiful materials and the very latest technology.” he said.

“These technologies will make the XC40 one of the best equipped compact luxury SUV’s on the Australian market.”

The baby SUV is also Volvo’s first car on its new Compact Modular Architecture (CMA) and includes a range of ground-breaking technologies first introduced on its 90 and 60 Series siblings based on Volvo’s larger Scalable Product Architecture (SPA).

Up against some heavyweight rivals including the BMW X1, Audi Q3, Mini Countryman, and the Jaguar E-Pace, the XC40 arrives onto the Australian shores, having recently been awarded European Car of the Year 2018.