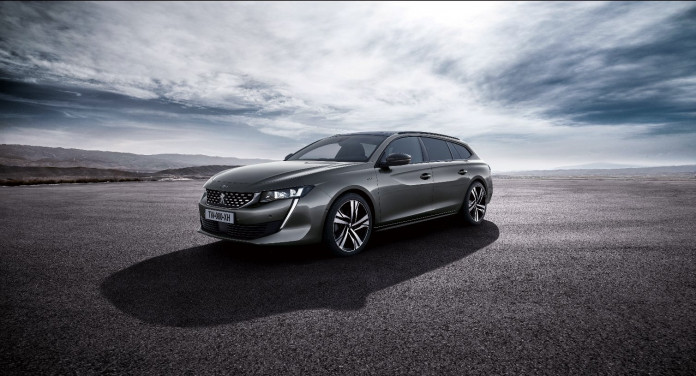 WHEN it launches its new 508 model in Australia next year, Peugeot will offer two model variants; the previously revealed 508 Fastback and the stylish new 508 Touring, unveiled overnight at the Paris International Motor Show.

Underpinned by Groupe PSA’s highly-awarded and extremely capable EMP2 (Efficient Modular Platform 2) platform, the all-new 508 is up to 70 kilograms lighter, more efficient and more striking than ever before.

Its structure is more compact and its overall height reduced. The new exterior design is sharper and more robust and the car’s spectacular interior includes the third iteration of Peugeot i-Cockpit.

Radically different from its predecessor, Peugeot revisited the ‘5-series’ model’s entire design premise to develop a vehicle that challenges the segment norms.

Peugeot Australia Managing Director, Ben Farlow, said the all-new 508 range’s arrival signifies the complete reinvention of the Peugeot line-up and heralds a new focus for the marque in Australia.

“Over the past five-years, Peugeot has completely reinvented its product range and the all-new 508 will challenge segment norms, while delivering a vehicle that is not just enjoyable to drive, but great to look at,” Mr Farlow said.

“The Peugeot ‘5-series’ has always held a fond place in the hearts and minds of generations of Australian motorists and this all-new 508 is set to reignite the passion for Peugeots that stretches back almost 100 years locally,” he added.

Locally, top of the range models, in both body styles, will be powered by a 168kW (225bhp) 1.6-litre, turbo-petrol engine paired with an all-new, Aisin-designed, eight-speed automatic transmission.

Also due for introduction to the Australian market is a 135kW (180bhp), 1.6-litre, turbo-petrol engine paired with the same all-new, Aisin-designed eight-speed automatic transmission which will also be used for Fastback and sedan variants at launch.

When taken into context with the vehicle’s low 1,420kg kerb weight achieved by its advanced EMP2 platform, the all-new 508 range will sit at the pointy end of the category in the all-important power-to-weight ratio measure.

While the final model line-up is still to be confirmed, all variants will feature high specification levels and safety features across the board, including Autonomous Emergency Brake technology.

Final pricing and complete specifications for the 508 range, will be announced closer to launch in the second-half of 2019.