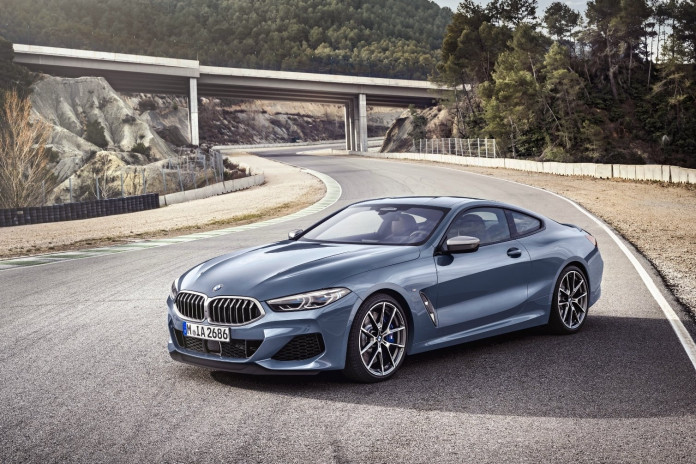 BACK in the early 90s, there was a legendary, and we mean legendary, BMW coupe known as the 850i. It wasn’t the prettiest beast in the world but it was a very expensive, very large and luxurious coupe.

And if you were a regular at the race track now known as Sydney Motorsport Park, and back then known as Eastern Creek Raceway – where it was home to a drag strip, you’ll also remember the 850i was a top doorslammer drag car.

Now, BMW is set to resurrect the 850i as the flagship of the 2019 8 Series, adding a brand new chapter to the Bavarian premium car maker’s long history of sensational sports cars, with the creation of a dream car.

The body, power train and suspension were consistently honed to achieve the supreme agility, precision and poise expected of a top class sports car, and paired with remarkably powerful engines the xDrive intelligent all-wheel-drive system.

The new model came through its baptism of fire in the guise of the BMW M8 GTE at the FIA WEC endurance races and in the IMSA WeatherTech SportsCar Championship (IWSC) held in North America.

The production car now makes it possible to experience outstandingly dynamic performance in an exceedingly luxurious setting, with the 850i xDrive Coupe set to be powered by a newly developed 390kW 4.4-litre TwinPower turbo V8 petrol engine.

The new 850i is expected to cover the 0-100km/h dash in 3.7 seconds and will pump out an incredible 750Nm of torque. This BMW M Performance model will be launched in November 2018.

At the same time, BMW will launch the 840d xDrive Coupe, featuring an extraordinarily potent 6-cylinder in-line diesel unit with 235kW of power and 680Nm of torque. It’s expected to do 0-100km/h in 4.9 seconds.

BMW Australia will confirm local release dates, pricing and other details, later in the year.