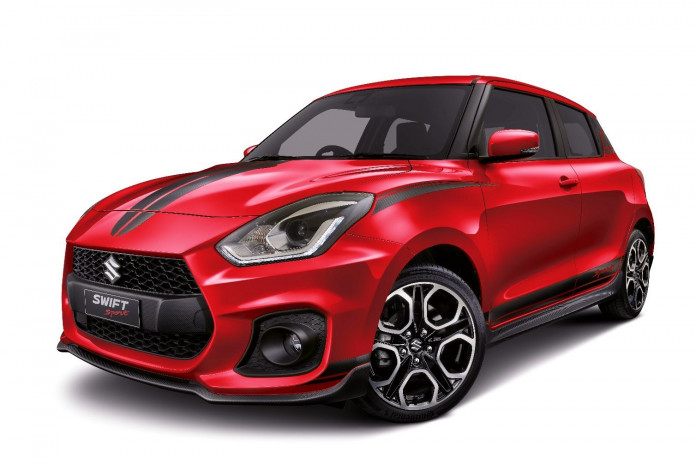 FOLLOWING the launch of the new Swift Sport turbo in January this year, Suzuki Australia has announced the release of a limited edition version of its warmed up hatch. To be known as the Red Devil, it’s available from July.

Limited to just 100 vehicles, the Swift Sport Red Devil will feature carbon style black decals on the bonnet, front bar, side doors, front quarter panels and rear pillars. It will come in one colour – Burning Red.

And because Suzuki Australia are having some fun with this model variant, not only is their comedic value in the colour, but there’s some in the pricing too. The Red Devil costs $28,490 plus an additional $666 including GST.

In other Swift Sport news, Suzuki Australia has set new drive away prices for the standard non-devilish versions. From this month, the manual is available from $27,990 and the auto is priced from $29,990.