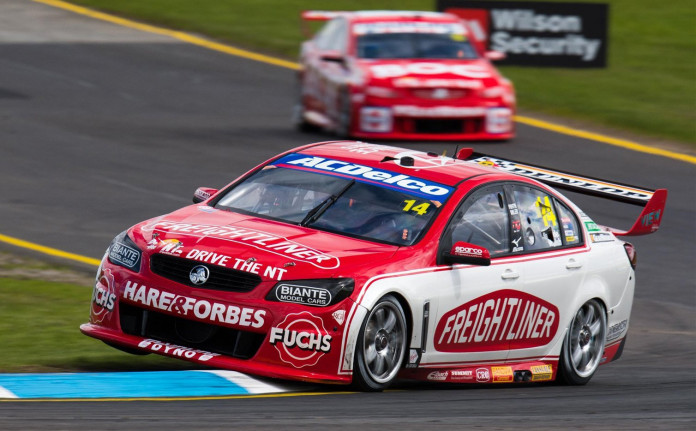 SANDOWN will remain on the Virgin Australia Supercars tour for a further three years, with the series announcing a contract extension that takes it through to 2019.

The venue’s future has been in doubt recently with speculation that the Melbourne Racing Club owned land would be sold off to developers.

According to Supercars CEO James Warburton, Sandown is a major draw card for the series through both attendance and TV ratings.

“This is one of the most historic events on our calendar and we are delighted to extend our partnership with Sandown,” Warburton said.

“Our fans enjoy coming to Sandown and last year we had more than 61,000 people attend and an average television audience of nearly one million viewers across the event.

“This agreement provides certainty for the Wilson Security Sandown 500 and cements Supercars position in Victoria, where we currently race four times a year including the Australian Grand Prix.”

However, it is feared that this deal will the sport’s last at Sandown and that it will be inevitable that the iconic venue is sold off in the future.

This year is the 47th year the Australian Touring Car Championship/Supercars Series has visited the Melbourne venue, making it the track which has hosted the most championship rounds ever.

The news that Sandown will remain on the calendar comes on the back of a new deal with Winton Motor Raceway, which until last week also remained in doubt for next year’s Supercars Championship.

In Practice yesterday for this year’s running of the Sandown 500, it was DJR Team Penkse that shone with Fabian Coulthard clocking the quickest time of the day with a 1:09.1233s and Tony D’Alberto, who is paired with Scott Pye, with a 1:09.1565.

Supercars teams have a final practice session this morning ahead of a qualifying session and two qualifying sprint races this afternoon.