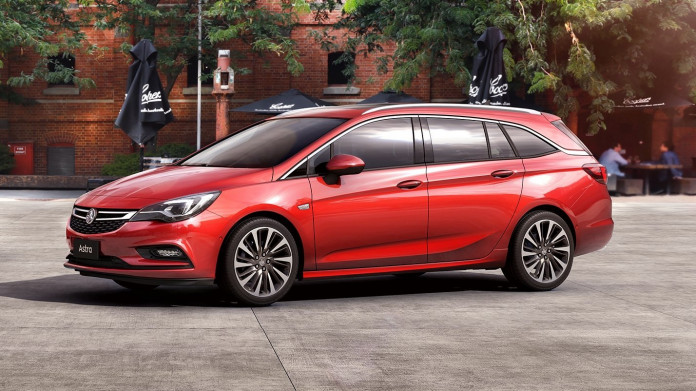 THE Astra range is set to expand again, following the recent introduction of the new sedan variant, with the announcement of a sportwagon, set to debut on the Australian market in late 2017.

The European made Astra Sportwagon utlises the same design language as the award-winning Astra Hatch, and will be powered by a spritely 1.4-litre turbo engine with six-speed automatic transmission and stop/start technology across the range.

Arguably the greatest attraction for adventuring families will be the Astra Sportwagon’s internal storage, with more than 1,600L of boot space ensuring even the most indecisive of luggage packers is taken care of.

Precious cargo is protected by a full suite of active safety technology including auto emergency braking, lane keep assist and forward collision alert, in addition to a rear view camera.

Designed and engineered alongside its hatch sibling, at Opel’s Russelsheim headquarters, and built in the UK at Vauxhall’s Ellesmere Port manufacturing facility, Astra Sportwagon benefits from the same tuning setup as the hatch, co-developed by the Holden team over multiple European test drives.

Exhaust Notes Australia is hoping the Astra Sportwagon might get a pick-me-up version that gains the 1.6-litre 147kW turbo engine from the RS, but there’s no word on special editions or pricing as yet.