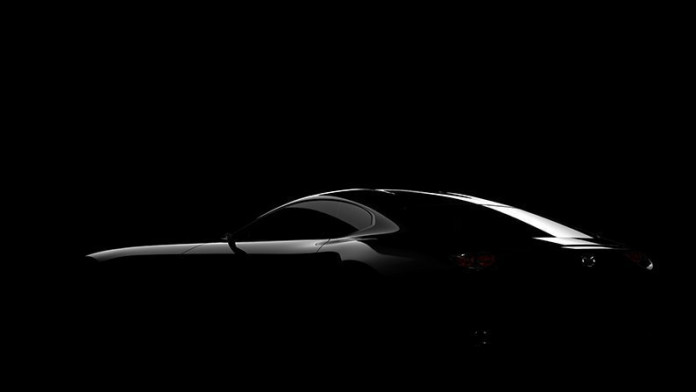 JAPANESE car maker Mazda is set to re-embrace its sports car roots when it unveils a new sports car concept vehicle at the Tokyo Motor Show on October 30.

A total of 14 models will be on display at the Mazda stand, including crossover concept Mazda KOERU making its first appearance in Japan, two racing-spec Mazda MX-5s and the Cosmo 110S, first introduced in 1967.

The design of the sports car concept to be unveiled in Tokyo is modern but maintains a sense of lineage and authenticity, appearing almost to condense Mazda’s entire history of sports car development into a single model.

In line with the company’s theme for the Tokyo Motor Show this year, “Accelerate toward our dreams,” Mazda will make an appeal for the brand’s unique approach to driving pleasure.

In addition to the sports car concept, Mazda KOERU will be on display along with new-generation models featuring SKYACTIV Technologies and ‘KODO – Soul of Motion’ design.

A motor sports exhibit will feature racing-spec Roadsters and the Cosmo Sport will compliment a heritage display showing Mazda’s history of convention-defying engineering.