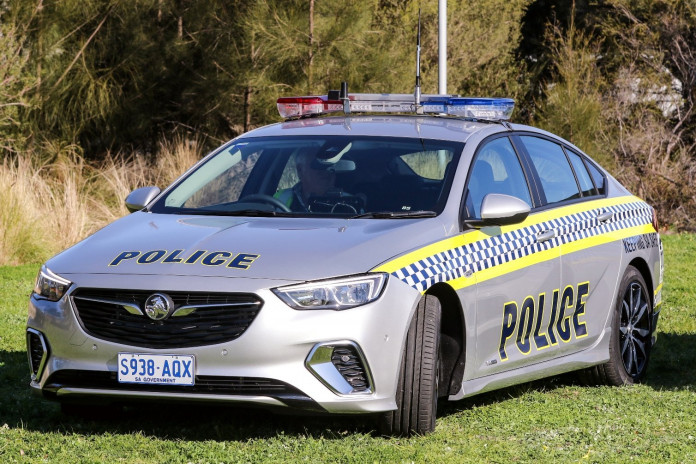 FOR so long, police cars were either Holden or Ford, but in recent months we’ve seen Victoria and NSW law enforcement agencies add BMW to their fleet, with the latter also choosing Chrysler’s SRT performance brand.

In Queensland, the cops have grabbed the Kia Stinger 330 V6, but in South Australia, it’s a case of sticking with a recognised brand, with the police in the ‘Wine State’ choosing to keep an ‘Aussie’ icon on their fleet.

Holden expects to supply more than 100 of the new high-tech Commodores as general duty and highway patrol cars to SA Police, marking an astounding 70 year partnership between the car maker and the State.

“Holden’s Australian engineers have worked collaboratively with SA Police to ensure this vehicle meets the leading safety and performance requirements needed for modern policing and importantly to ensure it is the safest vehicle possible to protect their front line officers,” said Peter Keley, Holden Director of Sales.

“The 3.6-litre V6 is a world-class engine and, when paired to our new smart adaptive All Wheel Drive system, there’s a level of traction never seen or felt in a Commodore before,” Mr Keley said.

The new ZB Commodores will be gradually deployed as part of a South Australian fleet upgrade over the next two years.