BAD ASS. The demeanor, the all black sinister styling, the 114 Milwaukee Eight power plant. Everything about the 2019 Harley-Davidson Street Glide Special can be summed up as simply Bad Ass, and who doesn’t love a Bad Ass.

It’s a new Harley-Davidson that is built like a Harley-Davidson should be built. A bike that makes you look twice as it passes you in the street, with a tough as nails no nonsense stance, it can’t be confused for anything but authentic Harley-Davidson.

Sitting on the platform of the original stripped down bagger, the Street Glide, the brief was to make the Special variant tougher and more custom, while still maintaining the touring capabilities that made the Street Glide so good.

Now in its second generation, the Street Glide Special has quickly become a favourite among Harley-Davidson fans, especially after an upgrade from the original 107-Milwaukee Eight power plant.

The 2019 Harley-Davidson Street Glide Special is driven by the 114-cubic inch Milwaukee Eight motor, pumping out 1868cc and 163Nm of engine torque, making it the largest displacement motor in any standard Harley-Davidson touring model. 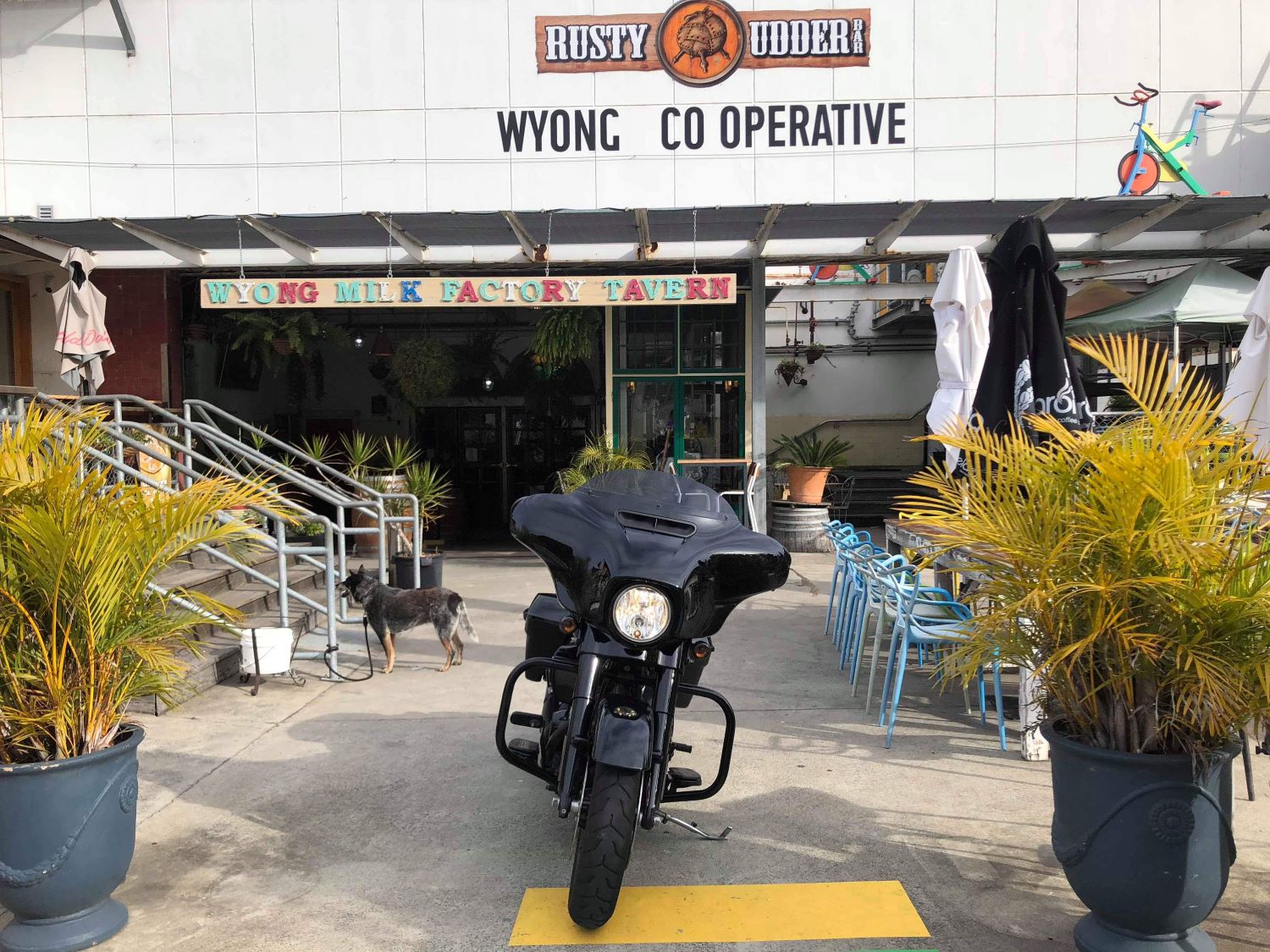 Whether highway cruising or dipping in and out of twisting roads, the engine shines. It’s responsive, and having ridden it in city traffic, doesn’t produce as much heat around the rider’s legs either – and that can only be a good thing.

Handling and braking has also come along in leaps and bounds over the last five years, thanks to a bevy of changes and we’ve got to say, this year’s Street Glide is one of the best handling touring bikes that Harley-Davidson have released.

Let’s start with the Batwing fairing and how light it is. Gone is the noticeable weight on the front forks, replaced by components so light you don’t even notice they’re there, apart from the fact that you can physically see them.

Things like lightweight fairings are important because the 2019 Street Glide Special has a dry weight of 362kg. It’s not a small bike by any means, but as you pushing it through the corners on a winding road, it doesn’t feel big.

This is the true genius and beauty of this ride – it is so sure footed through the corners it gives the rider a great sense of confidence to continue to push hard, and the bike just seems to lap it up. 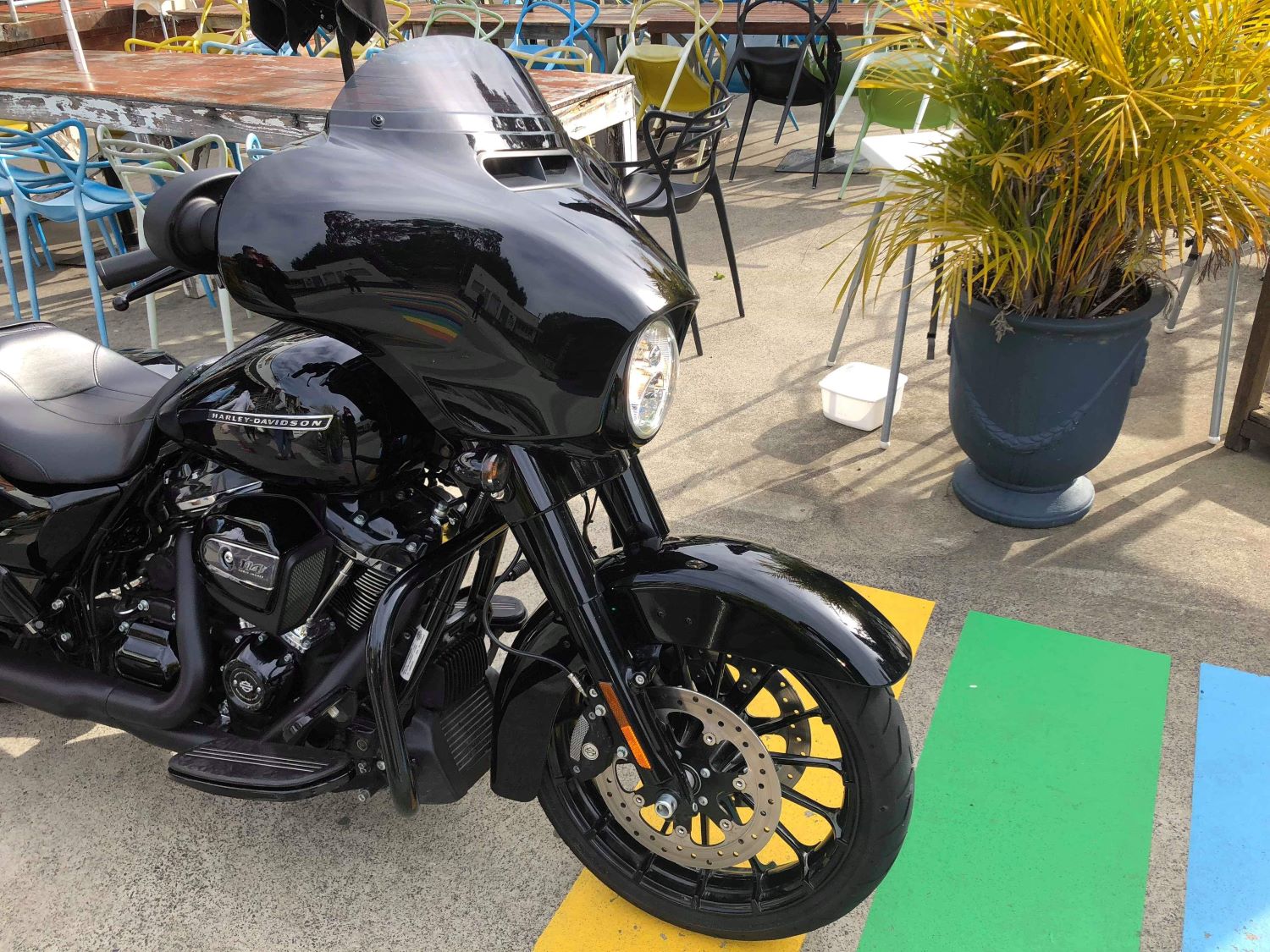 We put it through its paces around Yarramalong on the NSW Central Coast, where there is a good mix of open corners and nice tight 45km/h bends. The Street Glide Special was in its element.

Too often these bikes get pigeon holed as pure highway cruisers and granted, they mostly are, but there’s also a real fun factor when you hit the bends. If you get the chance, it’s worth testing this out for yourself.

The 2019 Street Glide Special features the outstanding Boom GTS infotainment system, which now features a bigger screen, SatNav, Bluetooth, and an excellent sound system. Harley-Davidson have even made a little compartment next to the screen for your phone.

You can also plug into the audio system via a USB Cable. Bike settings are available through the touchscreen, or via buttons on the handlebars. There’s also cruise control on board to make long trips a little more comfortable.

Ergonomically the Street Glide Special is superb, with everything in easy reach. The stretched saddlebags even have one hand operation for ease of use. 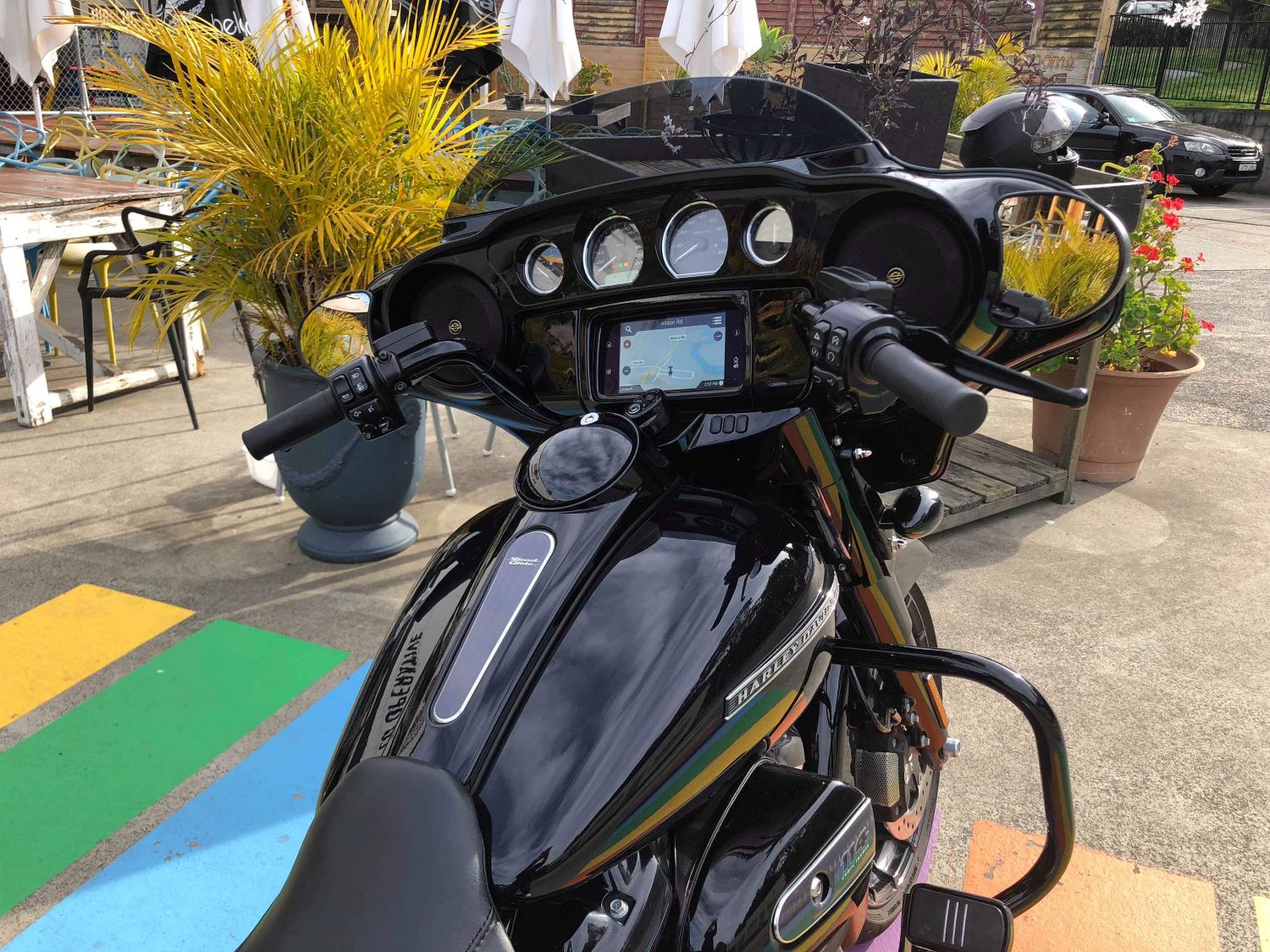 But we called this bike bad ass and this is why – it makes a bold statement in Vivid Black. It stands out with its 19-inch blacked out Talon front wheel, matched to an 18-inch rear that helps accentuate the custom bagger look.

The blacked-out treatment doesn’t stop at the wheels though, as Harley-Davidson has blacked out the front forks, handlebars, tank console and exhaust, and the motor, with the combination giving a seriously aggressive yet modern look.

There is no chrome to be seen, anywhere on this bike. And that’s what’s bad ass about it. It’s black and it looks wicked. That said, the concept of a full black bike is not for everyone, and the 2019 Street Glide Special is available in other colours.

Ironically, that puts it head to head with its own sibling, the Harley-Davidson Road Glide Special, as well as the Indian Chieftain Limited. 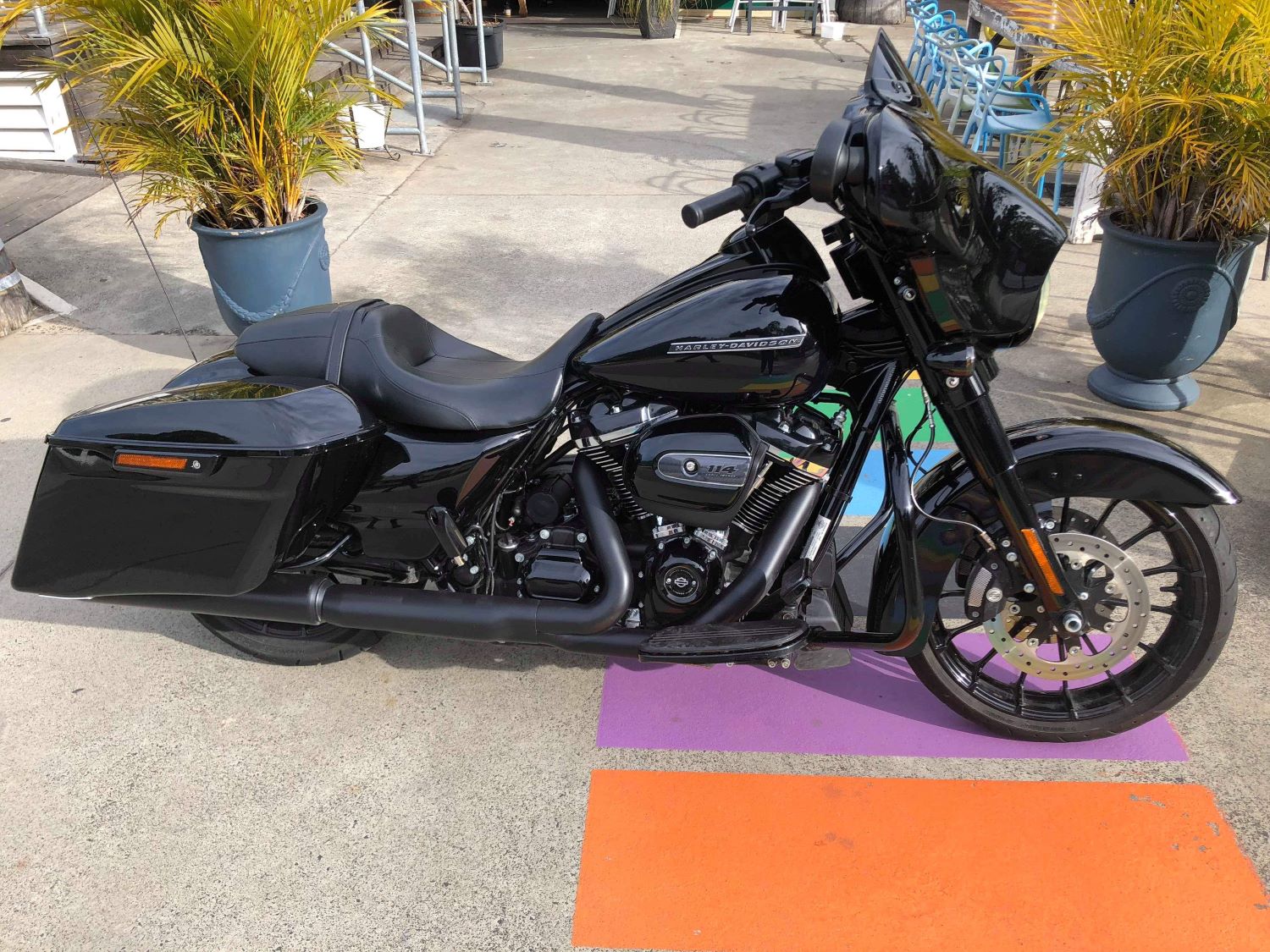