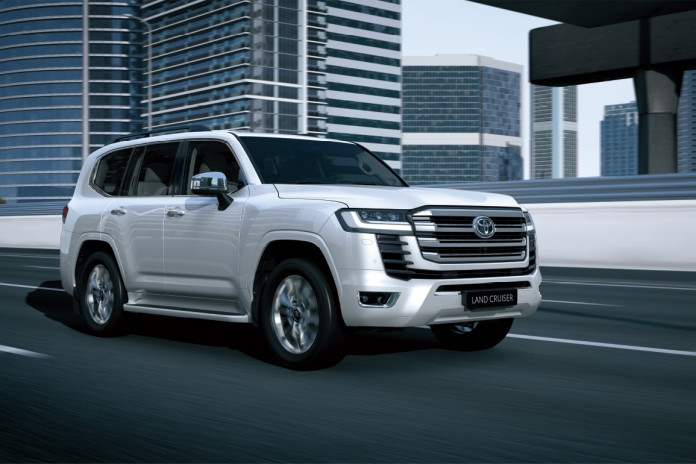 TOYOTA has unveiled a giant leap forward in 4WD performance and technology with the next-generation LandCruiser 300 Series making its global debut in the 70th anniversary year of the legendary nameplate.

Due in Australia in the final quarter of this year, the new 300 Series is the most capable LandCruiser ever, expanding its unrivalled reputation for on-road refinement, off-road performance, reliability and durability.

Everything Toyota has learnt in 70 years of building four-wheel-drive vehicles has gone into the design, development and manufacturing of the new LandCruiser 300 Series.

These advanced attributes are combined with greater body rigidity, reduced mass, better weight distribution and a lower centre of gravity.

At the same time, it achieves noticeably lower fuel consumption and emissions, supported by a newly developed 10-speed Direct Shift automatic transmission and a kerb weight reduction across the range of more than 100kg.

The new LandCruiser 300 Series adopts a new TNGA-F platform while protecting its off-road core by maintaining a frame structure. Towing capacity is maintained at 3.5 tonnes.

Other firsts for a Toyota vehicle include a new Multi-Terrain Monitor that instantly displays obstacles as viewed from the driver’s viewpoint and the adoption of a Multi Terrain Select function that automatically judges the road surface and selects the best driving mode.

The new LandCruiser’s ability to conquer diverse terrain was confirmed by extensive evaluation by in-house drivers with advanced or master-level technical skills and drivers who have participated in the Dakar Rally.

In keeping with LandCruiser’s off-road heritage, vehicle dimensions including length, width, wheelbase and departure and approach angles are very close to the outgoing model, depending on the variant.

Features such as the bumper shape and placement of lighting components have been designed to help avoid damage during off-road driving.

It can also detect oncoming vehicles at intersections and pedestrians crossing the street when the vehicle is turning in either direction.

An emergency steering and crash-avoidance function, which assists with steering and lane-keeping, is triggered when the driver performs a steering manoeuvre to avoid collision.

Further details, including local pricing and final specifications for the 2022 Toyota LandCruiser 300 Series will be announced closer to launch.