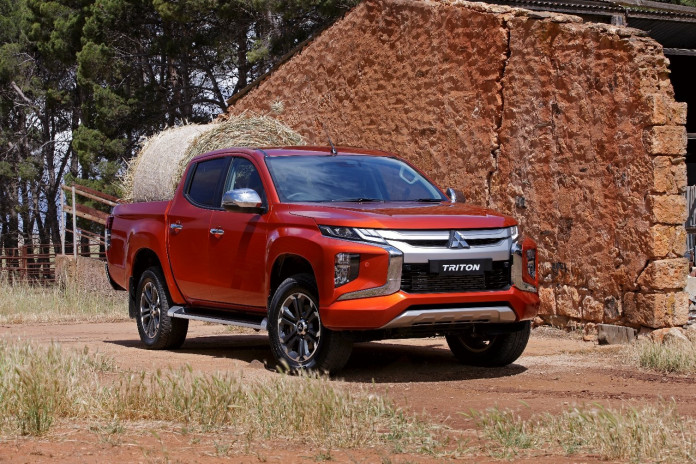 A brand new look, an enhanced 4WD system with an off-road performance focus, and the latest in active safety and driver assistance systems have all been bundled into the 2019 Mitsubishi Triton, revealed today by the Japanese car maker.

The new Triton is a revitalised design and features the new-generation “Dynamic Shield” front design concept, with a high engine hood line and beefier-looking lamps located higher up, to give the new model a more powerful and imposing front face.

The restyled interior of the Triton is now more robust and modern, with improvements to frame surroundings for the switch panel and air outlets. A high quality look is created by soft pad materials and stitching on the floor console, armrests and parking brake.

It’s under the body where the real improvements have been made though with all new 4WD Triton models fitted either Super-Select 4WD, which delivers optimum traction and handling characteristics for any given surface, or Easy-Select 4WD, which simplifies switching between drive modes for different road surfaces.

Both Super-Select and Easy-Select 4WD systems use a new Off-road Mode which has gravel, mud/snow, sand and rock pre-selections to integrally control engine power, transmission and braking to regulate wheel slip.

The new Triton will be launched in Australia in January 2019. Australian pricing and specification will be announced closer to the local launch date.