Red Bull and Penske set to battle in the west 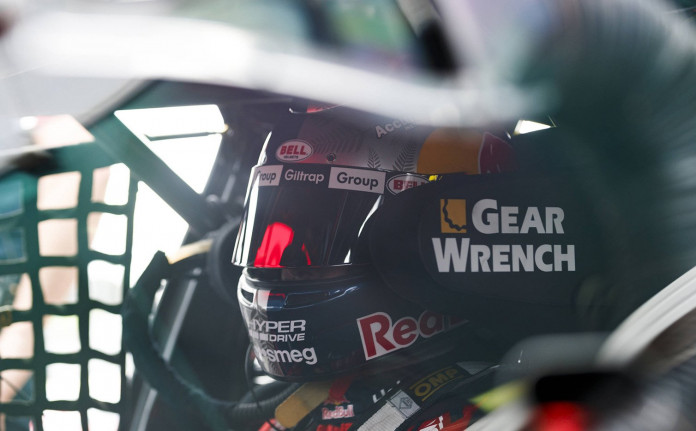 IT may seem like the status quo continues in Supercars this year, but the ongoing tussle between Red Bull Holden Racing and Shell V-Power Racing looks set to continue at this weekend’s Perth Supersprint at Barbagallo Raceway.

Shane van Gisbergen dealt the first blow of the weekend, setting a new best time around the Perth venue with a 54.7762s lap in practice.

SVG denied fellow countryman and championship leader Fabian Coulthard the top spot after Friday practice by just 14 thousands of a second, with Jamie Whincup in third.

Van Gisbergen admits it’s been a tough start to the year as reigning champion and other than Adelaide, feels the Red Bull Holden factory team hasn’t put together a complete weekend.

“I’m pretty frustrated by my year,” van Gisbergen said. “There were stupid penalties at Phillip Island and the crazy race at Tasmania, which is no one’s fault, but we just haven’t had a clean run.”

“The car felt amazing at the end of the day. We put good rubber on and found what we needed.”

Coulthard on the other hand has had a consistent start to the year and also has the added pressure of big boss Roger Penske being in town.

“It’s perfect timing for Roger to be here,” Coulthard said. “It’s early days but it’s good to see the progress the team’s making and the change in the team since last time he was here.”

Perth is notorious for tyre wear, regarded as the harshest on tyres on the calendar, with this weekend marking the first time the new soft compound tyre has run at the circuit.

Of the other drivers, Whincup saw an improvement of more than five seconds on green rubber and suspects several teams will opt for an extra stop in this weekend’s racing to ensure they stay on fresh rubber, much like stablemate Team Vortex’s race winning strategy in 2016.