Ranger Raptor set to be unleashed 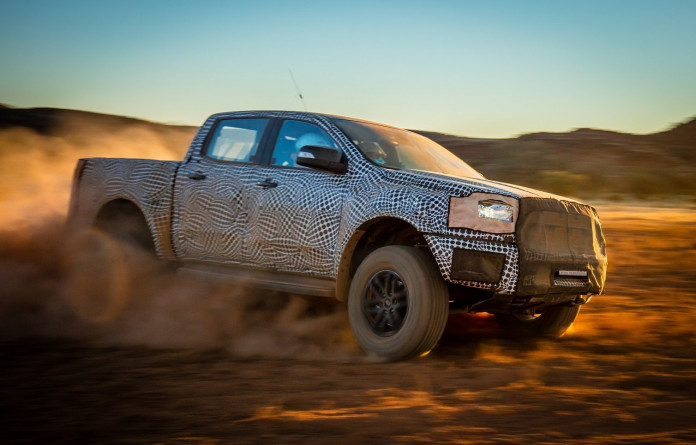 FORD has today announced that the hugely popular Ford Ranger ute will be available in an off-road performance variant for the first time ever – to be known as the Ford Ranger Raptor, the purpose-built, desert-racing inspired pickup truck will land in Australia next year.

Designed and engineered to deliver an adrenaline pumping experience, the new Ford Ranger variant sports a head-turning exterior look that exudes toughness as well as a level of capability and off-road performance never before seen in the mid-size ute segment.

Sharing the same nomenclature as the F-150 model of the same name, the world’s most extreme production truck, Ford’s Ranger Raptor will create a class of its own among off-road performance vehicles.

“Combining the Raptor’s advanced off-road capabilities with the versatility of the Ranger is a significant accomplishment for Ford’s world-class engineering and design teams,” said Jamal Hameedi, chief engineer, Ford Performance.

While not much is known at this stage, the new Ford pickup truck is expected to run an innovative new Watt’s linkage rear suspension with coil-over rear springs to help ensure rear axle lateral stability, and improves ride and handling.

It is also expected to come loaded with a new power train combination of a 2.0L Bi-Turbo diesel engine and 10-speed transmission, which could deliver as much as 157kW of power and 500Nm of torque.

Imagine that sort of grunt at your fingertips when you’re ready for some high spirited off road driving, whether you’re diving into grass, gravel or snow, pushing through mud and sand, or going full Baja.