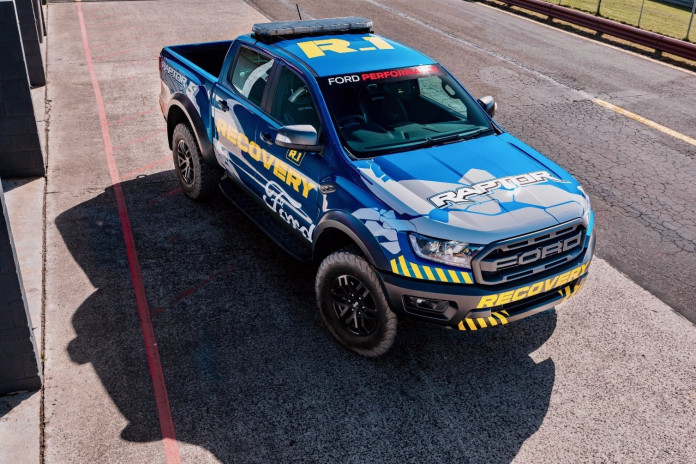 The tough looking Raptor will be on stand-by for rapid response as teams and drivers duke it out for race honours in the traditional prelude to The Great Race at Bathurst in October.

Its role as the official recovery vehicle is a full time one, and despite its sensational paint job, the Ranger Raptor Recovery Vehicle is standard apart from the addition of communications, GPS and timing equipment.

Ford Performance will see the Ranger Raptor joined on-track next year by the Ford Performance Mustang Supercar, which will make its debut at the season-opening Adelaide 500 in March 2019.

For those keen to own the beefy performance ute for themselves, the first-ever Ford Performance Ranger Raptor is now on sale across Australia, and is priced from $74,990 (plus on-roads).