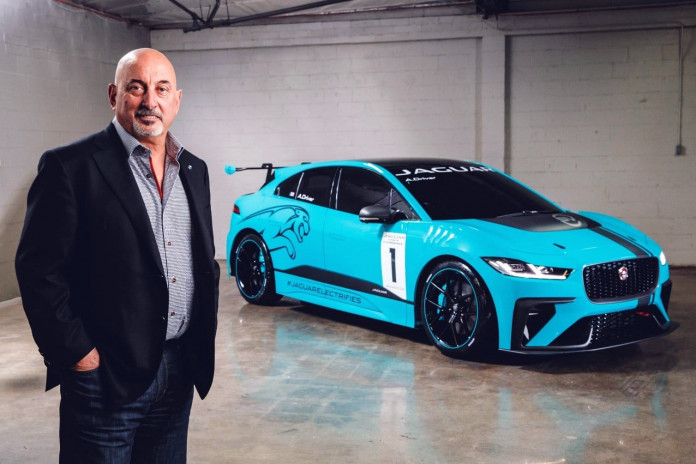 The Jaguar i-Pace eTrophy is a 20 car support series to the FIA Formula E Championship and the first to be based off of a street-legal production battery electric vehicle. Races will take place the same weekend, and on the same city street circuits as the Formula E Championship, throughout the 2018-19 season.

“As part of our Race to Innovate strategy, we are obviously delighted to be able to announce our first Jaguar i-Pace eTrophy team.”

Jaguar Land Rover’s commitment to electric racing is delivered in line with its strategy that from 2020, all new Jaguar Land Rover vehicles launched will be offered with an electrified/electric power train, embracing fully electric, plug-in hybrid and mild hybrid vehicles.

“Innovation is integral to motor sports and electric car racing is an important part of the future so this opportunity came at the perfect time. We are thrilled to be competing in the Jaguar i-Pace eTrophy series next year working alongside an electric innovator like Jaguar,” Bobby Rahal, Team Principal of Rahal Letterman Lanigan Racing, said.

“Even though the first race is some time off in the distance, we’re already looking forward to participating.”

Jaguar Land Rover Special Vehicle Operations (SVO) in Warwickshire, UK, are building the race cars and offering ‘Arrive and Drive’ packages for up to 20 drivers at each race. The racecars are based on the Jaguar brand’s first battery electric road car, the Jaguar i-Pace, which will be released for sale in 2018.

The Rahal Letterman Lanigan team announcement comes ahead of the start of the FIA Formula E championship and season opening race in Hong Kong this weekend, where Panasonic Jaguar Racing will be on the grid with drivers Nelson Piquet Jr and Mitch Evans for the 2017-18 season.