THERE’S no doubt the Subaru BRZ was always going to be a cult classic. Even before the release of its first generation in 2012, people were banging on the doors of dealerships trying to get their hands on an affordable front engine, rear wheel drive sports car.

Fast forward 10 years and the car is a staple when it comes to performance, despite some inherent flaws; so much so that you’ll be hard pressed not seeing one at a race track each weekend.

Enter the second generation BRZ, a car that irons out the kinks and builds on the legacy by adding power, enhanced performance and improved ride and handling, among a host of changes in the new model.

And so it was, that we found ourselves at Sydney Motorsport Park, the circuit formerly known as Eastern Creek Raceway, on a drizzly day. Weather and scene setting aside, we were here for good reason – to test the 2022 Subaru BRZ.

Our day was split into three phases, including an on-road test, the skid pan and some track action on the Amaroo circuit configuration at Sydney’s premiere race track. We had a fleet of shiny new BRZ’s at our disposal, in both manual and automatic.

Better still, there was a first generation car there for comparison too. To the road we took for your first challenge, to see not only how the new BRZ handled, but what it was like as a daily driver.

Jumping in, the first thing you notice is the new digital instrument cluster, a dramatic change from what had come before. Popping it into first gear and slowly feeding the clutch out, you can feel an increased heaviness, and improved short throw in the shifter.

It’s instantly obvious that serious work has gone into the second generation car, with Subaru engineers delivering a vehicle that’s fun to drive, and could almost be the ultimate driving experience.

Being lazy on the clutch will also gift you the opportunity to showcase your stalling skills at take off. The greasy back roads of Eastern Creek showcased how pleasant the new BRZ is to drive, although it does feel like a few sacrifices have been made for performance.

Ride and comfort over bumpy country roads was good but firm. Lean into the corner and the increased rigidity and stiffness held the car well, and avoided that ship like feeling when tipping in at a mild pace.

If you’re looking for something a bit easier to drive, that’s still a lot of fun, the automatic transmission option offers plenty, removing the boy racer feel that the manual provides, and providing flappy paddles behind the wheel.

It’s a more comfortable drive for getting around the streets, but still gives you the choice of selecting gears when you feel the need. The new look infotainment system is very nice too, and easy to adjust while driving.

The in-built satellite navigation system is good enough that you’ll doubt the need to connect mapping via Apple CarPlay or Android Auto. With the road test out of the way, it was time to take this sports car to the extreme, on the skid pan and race track.

Previous models of the BRZ were hailed for having cat-like reflexes in the handling department, but were down on power in the get up and go stakes. All this has changed with the introduction of the new 2.4-litre boxer engine.

That’s more than enough to get your heart racing without scaring the living daylights out of you. Our first shot at the skid pan was in the manual, and taking off in the wet had the rear end lighting up like a fire cracker.

When the grip finally came back, snapping into second gear would crack the back end sideways as you tried to compensate through the steering wheel. To quote Adam Brand, “if this doesn’t turn you on folks, you haven’t got a switch”. It’s grin inducing fun.

To the auto then, and taking off at speed and flicking through the gears with the paddles is a much more sedate, smooth and controlled experience, particularly in the wet. Pitching in around the first cone saw noticeable differences between the two variants.

Grabbing the brake and turning hard in the manual would give you a nice touch of oversteer to help get the car around tight bends with minimal understeer, while the automatic would plow forward, understeering itself straight ahead.

Different approaches are needed for driving these cars in anger, with the manual giving more feel and the ability to manoeuvre in a hurry, while the auto rewards slow, smooth, and timely reactions, with fast lap times. For all out though, it’s the stick shift for us.

It’ll have you grinning from ear to ear, with power sliding and drifts a treat to accomplish, and keeping the manual handbrake will help perfect those J-turns. On the Amaroo circuit, in full track mode we pitted the first and second generation cars against each other.

Subaru boasts it has improved the power to weight ratio and chassis rigidity extensively, coupled with improved aerodynamics, but on paper you might question that, and be thinking it’s just the same car with better styling. You’d be wrong, very wrong.

In fact, so good are the upgrades, that you’ll be wondering how the first generation ever got through race track corners without visiting the kitty litter. Having set off in the new model behind rally superstar Molly Taylor, we were amazed at the feel through the chassis.

Pointing into the corners, the new BRZ delivers a steering response that is instant and effortless, with minimal understeer, thanks to the 18-inch Michelin Pilot Sport 4 tyres.

A snap of oversteer in the corner exit due to the greasy conditions was brought back into line with the stability control system, which is a brilliant bit of kit, and doesn’t cut you out completely, rather helping you guide the car back to where you want it.

Overall chassis feel is fantastic, especially at pace, and when you compare it to the original BRZ, it’s chalk and cheese. Stepping back into the old one, you’d swear someone has changed all the tyres for space savers and shoved a rag in the exhaust pipe.

By comparison, the original BRZ felt vague, oversteer was ever constant and power was lacking. To say these two cars are the same would be an insult to the engineers who have clearly worked tirelessly to take the new model to a new level.

It would be remiss of us not to mention that the new digital instrument cluster has an alter ego in track mode too. In that format, it offers a racier aesthetic and includes a large focus on the tacho and a G-Force meter.

The latter is handy, we guess, but who’s looking to see what G’s they’re doing on a track (and if you are, you’re a bit dim). A lap timer would be much more useful, especially if it could be triggered from an app in the pits.

The first 500 2022 Subaru BRZ examples are already sold out, in pre-sale. The Japanese car maker is set to open up more allocations, but the waiting list is already piling up. If you’re keen, we’d suggest you jump in quick, and register your interest. 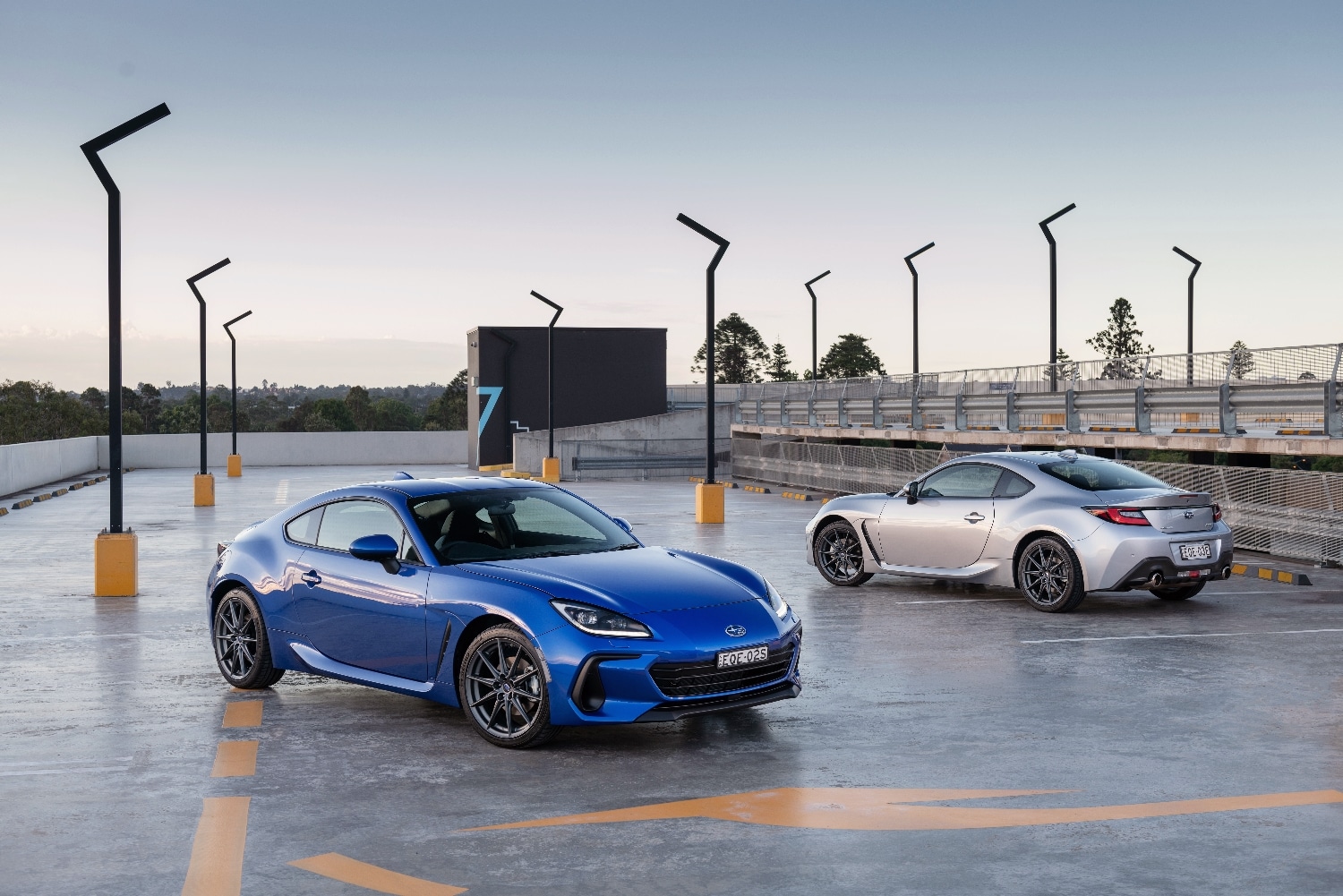 We drove the 2022 Subaru BRZ as part of a media launch program. To find out more about the range, contact your local Subaru dealer. 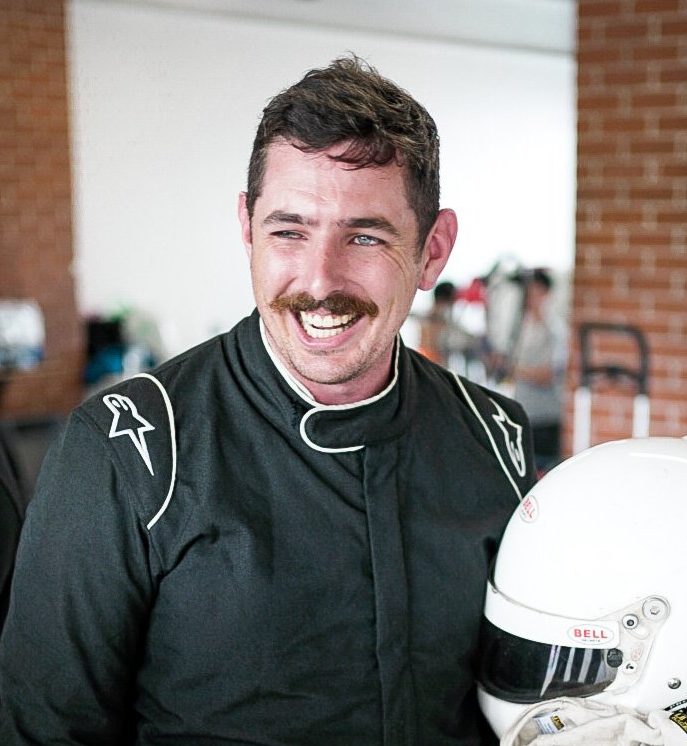