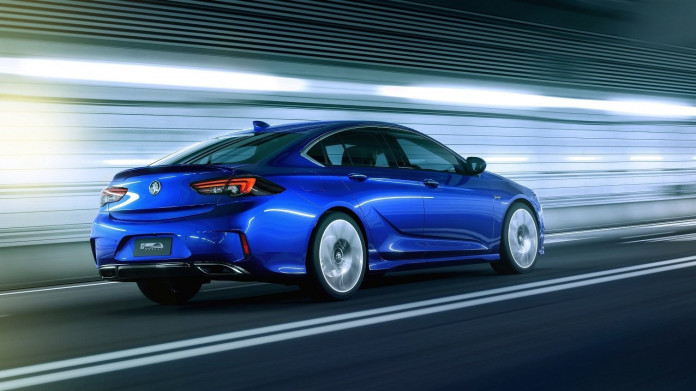 HOLDEN has revealed the next generation ZB Holden Commodore to the public for the first time ever at today’s opening day of the Motorclassica car show in Melbourne, with the performance VXR the star of the show.

Set to go on sale in early 2018, the ZB Commodore VXR boasts a 3.6-litre V6 engine paired with a 9-speed transmission and adaptive all-wheel-drive capable of producing 235kW and 381Nm torque, in addition to a long list of state-of-the-art technology features.

But the show isn’t just about the stunning fifth generation ZB Commodore. Joining the newbie are the previous four generations of Commodore – VB, VN, VT and VE – as well as Holden designed concept car show-stoppers, Hurricane, Torana GTR-X, EFIJY and a prototype of Holden’s first car, the 48-215.

“It’s a huge achievement for Holden to have been building vehicle body shells for 100 years and to be able to celebrate by displaying such a diverse and rare collection of heritage cars is something special,” said GM Australia Design Director, Richard Ferlazzo.

“It was a pleasure to reveal the ZB Commodore VXR to the Australian public for the first time and it certainly looks the part on the stand next to the previous generations of Commodore.

The new ZB Commodore VXR is on display at Motorclassica which is open to the public until 6pm today, and from 9am-9pm Saturday, 14 October and 9am-5pm Sunday, 15 October at Melbourne’s Royal Exhibition Building.

The next-generation Commodore VXR will be on sale alongside the rest of the sedan range, along with Sportwagon and Tourer body styles, in early 2018.