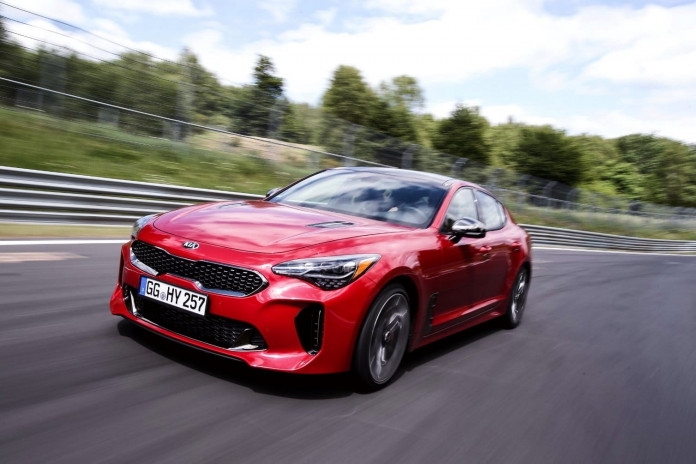 IT’S one of the most highly anticipated new cars of 2017, and now Kia’s Stinger GT will have a potent price point to go with its potent performance specifications, set to hit the market with a sub-$60,000 recommended retail price.

The Stinger will provide a top-end performer at a realistic price across the full 3.3-litre bi-turbo V6 range. With 272kW of power and 510Nm of torque the Stinger is capable of a launch control assisted 4.9 second 0-100km/h sprint and a low 13 second standing quarter.

Starting at $48,990 for the S, through $55,990 for the mid-spec Si and on to $59,990 for the fully-loaded GT, the Stinger brings the style, the refinement and the power usually available only to owners with substantially deeper pockets.

“It was critical for us to bring this car to as wide an audience as possible… something I believe we have achieved with the pricing we have been able to settle on,” Kia Motors Australia Chief Operating Officer, Damien Meredith said. “From the outset it was a goal to get a bi-turbo V6 into the market under $50,000. We have done that with room to spare.”

Mr Meredith said the decision to announce 3.3-litre pricing ahead of the Stinger’s October arrival was to provide confidence to the substantial number of buyers who have shown faith in putting down a deposit without knowing a final price.

“Almost all of the confirmed orders are for the 3.3-litre, so it makes sense to provide those customers with as much clarity as we can while they wait to take possession of their new cars.”

Pricing for the 2.0-litre model is in the final stages of being settled and will be released as soon as it has been finalised.