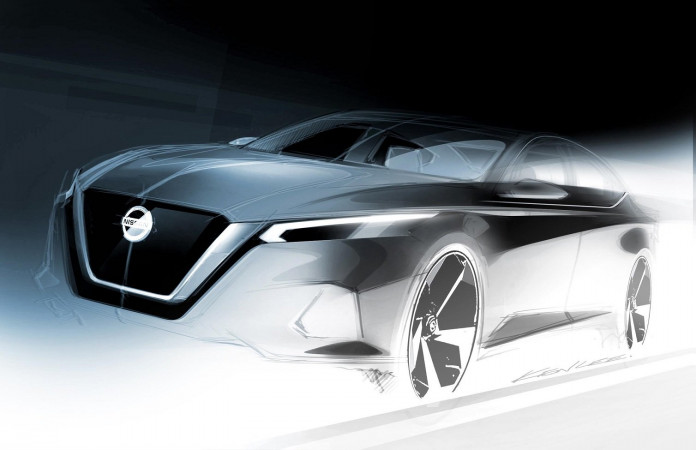 AN official exterior of the next generation Nissan Altima has been shared with the world’s media, with the sketch revealing an expressive, sophisticated new look for the Altima, and hints at the future of Nissan’s sedan design language.

If the image is anything to go by, and the new Altima looks half as good as the sketch, it might finally be a great looking car. If Nissan can pair it with a decent engine and gearbox package, then the new sedan shows promise.

The current model was dumped earlier this year by Nissan Australia CEO Richard Emery due to lack of sales, with most potential buyers complaining it was a boring, unimaginative offering that lacked power.

In an ironic twist, Richard Emery has himself been shown the door by Nissan Australia, and his replacement, Stephen Lester is already talking about potentially reversing the dumping of the Altima and returning the car to the local market.

But for those who don’t know much about the Altima, it’s a mid-size car which has been manufactured by Nissan since 1992, and is a continuation of the Nissan Bluebird model line – and not a replacement for the Maxima as some believe.

It’s engine range has always been similar to the Honda Accord and Toyota Camry, with four and six cylinder power plants. In Australia, you can find it with a V8 motor, competing in the Supercars Championship under the Nissan Motorsport banner.

The all-new sixth generation of the Altima to make its world debut at the 2018 New York International Auto Show on March 28. This year’s auto show is open to the public March 30 – April 8.