Innovation on show in Geneva 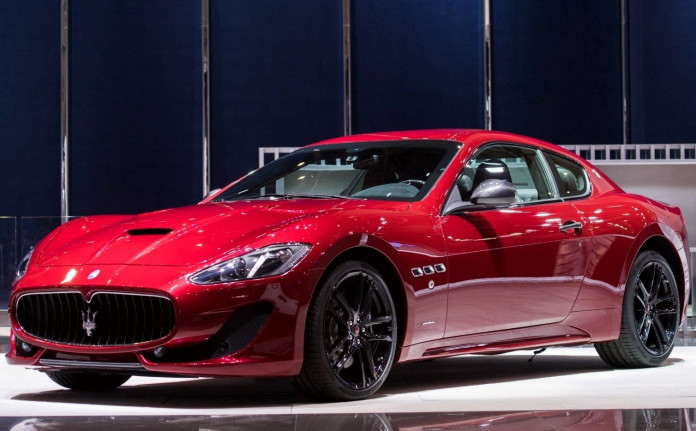 THERE are but a few motor shows around the world these days. Let’s face it, Australia hasn’t managed one for a while, and when it did, new car reveals were a rarity. But for Detroit, and more importantly Geneva, the world focus turns to these shows to see what’s new in the US and global marketplace, to see the next generation of automotive excellence.

And in 2017, Geneva has truly put on a show. More than 120 new or updated models have been revealed for the first time, with a further 30 making their European show debuts. Obviously we can’t bring you them all, but we can showcase the best of the best, or truly unique, to give you an idea of the breadth of new car options.

Among the more interesting offerings at the Geneva show is a car known simply as the SCG003S – a V8-powered rear-wheel drive coupe, that punches out 750hp, and is the first road car ever designed and sold by Scuderia Cameron Glickenhaus, a company founded by Jim Glickenhaus. The hand-built piece of auto-art is made in Italy by Manifattura Automobili Torino.

Artega showcased its electric supercar instead of a vehicle powered by a thumping V8. An innovative three-seater with an aluminium and carbon body and CFRP monocoque, designed by Touring Superleggara. Expected to be released in 2019, just 50 will be made.

Maserati revealed a special edition of its GranTurismo model, inspired by the original 3500GT, which was unveiled in Geneva some 60 years ago, and a concept version of the next generation Levant SUV.

Porsche were on hand to reveal the new 911 GT3, essentially the 911 Cup car made street legal, while there were an abundance of aftermarket modifiers of the Porsche brand, or those inspired by the 911, like RUF, who have built their own non-Porsche 911 inspired beast, TopCar and TechArt.

Among our favourites though were the McLaren 720S, signalling the birth of the next generation of hypercars to hit the road, and the awesome looking (could race in Supercars) Project Black S from Infiniti, a joint effort in conjunction with the RenaultSport F1 team.

Japanese brand Toyota released a raft  of new models, including four new Yaris variants, while Audi used the show to reveal the new RS 5 Coupe, powered by a 331kW 2.9-litre V6 biturbo generating 600Nm of torque and the Q8 concept, set to feature a 3-litre TFSI v6 with hybrid technology.

New models from Honda, Hyundai, and Opel/GM, including the new look Insignia that will replace the Commodore were also unveiled, along with offerings from Seat, Lexus, Lamborghini, Ferrari and Aston Martin.

Korean car maker Kia also used the event to unveil two new plug-in hybrids, as well as presenting the European launch of the Picanto and Stinger Exhaust Notes Australia had already revealed, while Subaru debuted the new XV all-wheel-drive, pictures of which were leaked some time ago.