New look Pathfinder on its way 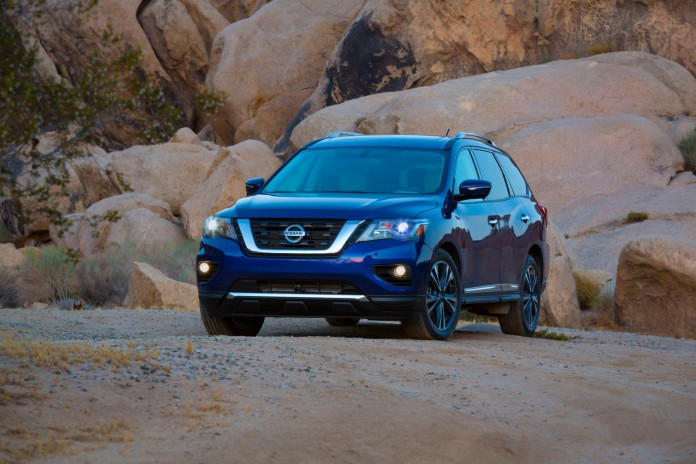 IT has a bold new look, aggressive styling, an increase in power and a bucket load of new driver assistance features. This beast we speak of is powered by a 3.5 litre direct injection petrol engine too.

Driver assistance technology such as Forward Emergency Braking, Intelligent Cruise Control and Around View Monitor with Moving Object Detection is also on board the new model, set to go on sale in Australia in the first half of 2017.

Nissan’s most popular SUV will cater for seven-passengers and will be offered in 2-wheel drive and 4-wheel drive configurations and a choice of three well-equipped grade levels giving you plenty of options.

The outside rear view mirrors now include standard integrated turn signals. In the rear, changes include new taillights and a stronger bumper design. In addition, aerodynamic optimisation efforts include a new grille design, which enhances cooling performance and negates the need for an active grille shutter.

A new front chin spoiler design that has been moved forward and directs air downward – without compromising the approach angle for off-road driving. Other exterior details include recessed front windshield wipers, roof rails, chrome door handles and privacy glass. It includes a sliding opening front panel and fixed rear glass panel, which extends over the 2nd and 3rd rows.

The enhancements to the Pathfinder interior for 2017 focus on convenience and connectivity. For example, the cup holders have been reshaped to accommodate mug handles and an illuminated front storage bin. There are now two USB ports inside the console versus the previous single port.

The biggest change, however, is the adoption of new-generation information technology. The standard Advanced Drive-Assist Display (ADAD), located in the centre of the instrument display between the tachometer and speedometer, features additional infotainment and driver assistance displays (compared to the 2016 Pathfinder design).

Voice recognition has been enhanced with a new HD microphone. The standard 8.0-inch touch-screen monitor, mounted in the middle of the instrument panel, provides intuitive interaction and control of a variety of driver-selectable vehicle systems and settings – including the introduction of NissanConnect smartphone connectivity.

Australian prices, specifications and equipment will be announced closer to its time of local release.