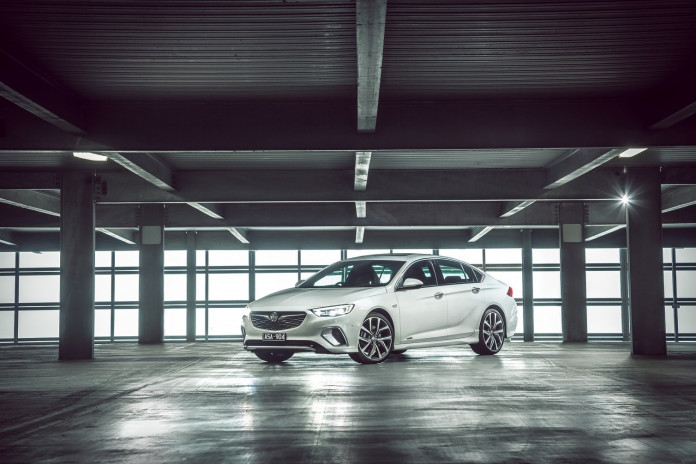 YOUR grandparents had one, so did your parents, and now it might just be your turn. Holden has launched its brand new European built Holden Commodore, packed with cutting-edge technology and set to be the brand’s new hero car.

For the first time ever, the Commodore comes bundled with a multitude of engine choices and drive options, with a 2.0-litre four cylinder turbo offering, available in 2WD, and a 3.6-litre V6 all-wheel-drive variant.

The former sedan variant is now a five door lift-back, not unlike the Kia Stinger, while Tourer and Sportswagon options are also available for those who need more space. The base model 2.0-litre LT lift-back hits the road $35,990 drive-away.

The model range is filled with names we know, like Calais and Calais-V, with the two remaining the luxury end of the long list of variants available, with the VXR stepping into the void left by the SS.

In between the LT and the VXR sits an RS and an RS-V variant, offering various levels of comfort and features. That last word is key here, with more features than ever before on the new Commodore, especially the 3.6-litre models.

The twin clutch system reads road inputs up to 100 times per second and distributes power between front and rear axles and laterally between rear axles, making sure the most effective wheels are driving the vehicle at all times.

There’s also other goodies such as a 360-degree camera that gives the driver a bird’s eye view of the car to help in those awkward parks or tight space manoeuvres. Add to that, Advanced Park Assist for parallel and perpendicular parks and parking gets super easy.

Holden’s premium LED Matrix headlights are back too, and this time, they’re bigger, brighter and better than before. Some 32 LED lights work seamlessly together to track around road corners and brighten your way.

The system also dips down in sections to avoid dazzling oncoming drivers or pedestrians and they also do a fancy dancing light show on start up because, well, why not?

A hands free power tailgate allows drivers to open the vehicle boot with a simple kick motion. But that’s not the only cool bit. To help make sure the driver’s kick is in the right place, the Commodore beams down a Batman-style Holden logo to aim at.

The 2018 Commodore has been the recipient of significant Holden engineering input, designed to ensure the car has the distinctive and engaging feel Australians expect from a Commodore.

Some of the other stand out features include remote start (as in yes you can start if from outside the vehicle), wireless phone charging, and full colour HUD.

It’s a first of its kind initiative for Australian car consumers, and it works on any device.