Mustang for Supercars in 2019 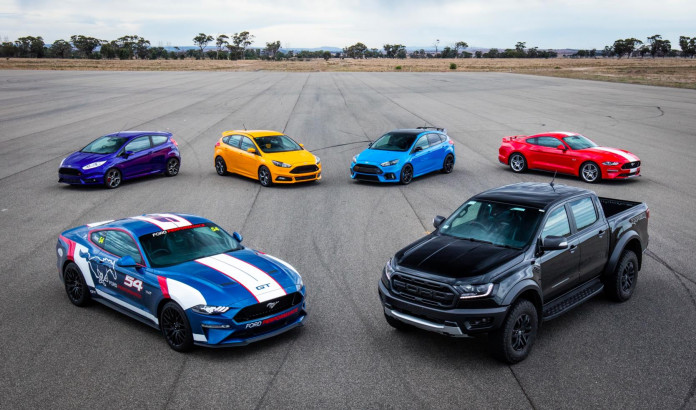 TODAY was a big day for Ford Australia. Not only did they confirm the arrival of the 2019 Ford Fiesta ST hot hatch and reveal the next generation Mustang and Ranger Raptor; they also gave Supercars fans what they’ve been begging for, for months.

That’s right, the Ford Mustang will be on the grid for the 2019 Virgin Australia Supercars Championship, with the company’s Ford Performance brand set to work with DJR Team Penske and Tickford Racing to make Ford fans dreams come true.

The suite of announcements also mark the launch of the Ford Performance brand in Australia, and the 54th birthday of the legendary Pony car.

“We are giving Mustang a proper birthday today, with the Australian unveiling of the new 2018 model and confirming its Australian track-debut with Supercars in 2019,” said Ford Australia President and CEO, Graeme Whickman.

“We know enthusiasts of the Mustang, Australia’s most popular sports car, will be as excited as we are about seeing Mustang on track.”

Tickford Racing team owner and Supercars Australia board member Rod Nash described the news as a landmark day for Australian motor sport and the teams involved.

In addition to the Mustang news, it was also announced that the first-ever Ford Performance Ranger Raptor will also be the official recovery vehicle of the Virgin Australia Supercar Series.

It’s range of products includes suspension, exhaust and other related upgrades for Australian Mustang owners, while the company will also build on the success of the current Mustang, Ford Fiesta ST, Focus RS and Focus RS Limited Edition.