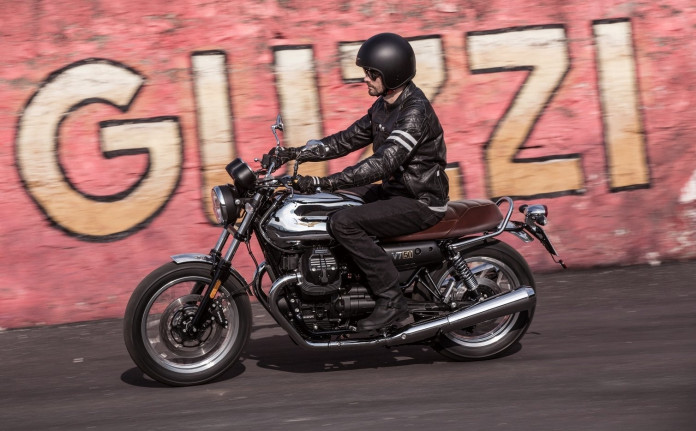 FOR 50 years the iconic V7 has stood as one of the most celebrated and well-known Moto Guzzi models. Instantly recognisable and appealing to generations of riders because of its traditional Italian style, the unique V7 has set itself apart from every other brand.

First released in Italy in 1967, the V7 has built its reputation on reliable and practical appeal that exemplifies Italian design. Fifty years on, Moto Guzzi is now releasing the latest incarnation of that first work, the V7 III, available in the three well-known and popular versions – Special, Racer and Stone.

The Stone comes in a matte styling, with black graphics, while the Special has a more classic style, dominated by chroming, more in line with the design of the forerunner, while the Racer represents the successful sports heritage of Moto Guzzi – a winner of 15 world titles and 11 Tourist Trophies in their halcyon 1950’s racing era.

This year the V7 range has now been expanded to include a fourth version, the Anniversario, which pays homage to fifty years of the V7 model with a limited numbered edition of just 750 units. The V7 III hits the road at $12,990 for the Stone, $13,990 for the Special, and $16,490 and $16,990 respectively for the Racer and Anniversario. All prices are plus on-roads.