TWENTY-YEAR-OLD university student Annika Mountstephens had never ridden off-road. But being a keen mountain biker and having just secured her L-plates on a road bike, the Sydney local was keen to enjoy the NSW countryside the best way possible.

You guessed it – on an adventure ride. When her mum Katrin van der Spiegel recommended joining Ride ADV’s Women Only Adventure Ride (WOAR), Annika made it her goal to attend the next event.

But because a 500km two-day ride from Singleton to Tamworth might prove daunting for a complete novice. Annika needed to know if adventure riding was for her.

Eager to tackle a few dirt kilometres, Annika borrowed an XT250 from Ride ADV head honcho Greg Yager and headed north from his Dural HQ to the Hawkesbury and along the Wheelbarrow Ridge Trail, keen for off-road experience.

Despite some of the coldest – and wettest – October weather on record, the first outing was a success, with Annika showing confidence and impressive speed on her first ride in slippery conditions. 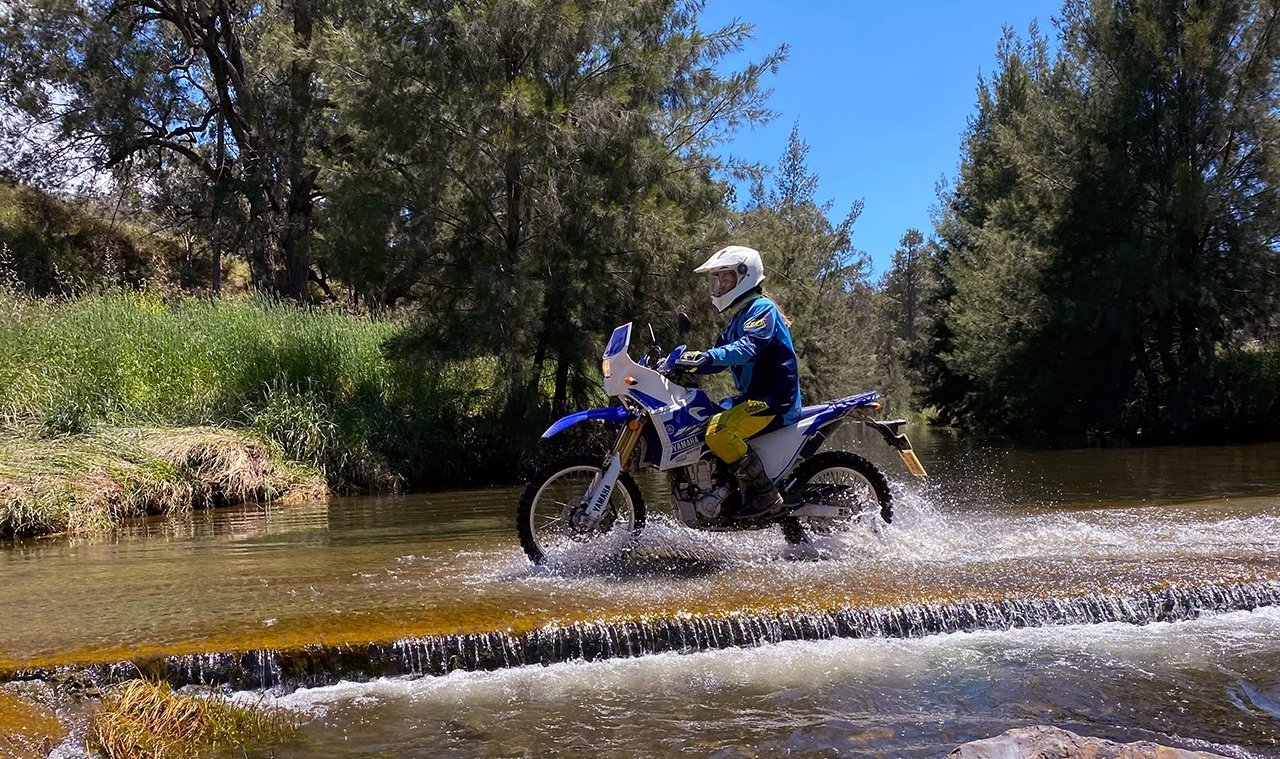 Starting in Singleton, the ride negotiated some treacherous moss-covered causeways before winding over Crawney Gap and into Nundle for lunch.

From there the women – riding a mixture of bikes including Yamaha’s tried and trusted WR250R – headed to Tamworth’s Golden Guitar, where participants formed a Tik Tok-friendly flash mob.

“It was really cruisey and super fun,” Annika said. “I didn’t know what to expect but now I have a taste for this and maybe venturing even further off road,” she added.

“I got heaps of riding tips from a great bunch of people and I’ll definitely be signing up for some dirt bike training.” 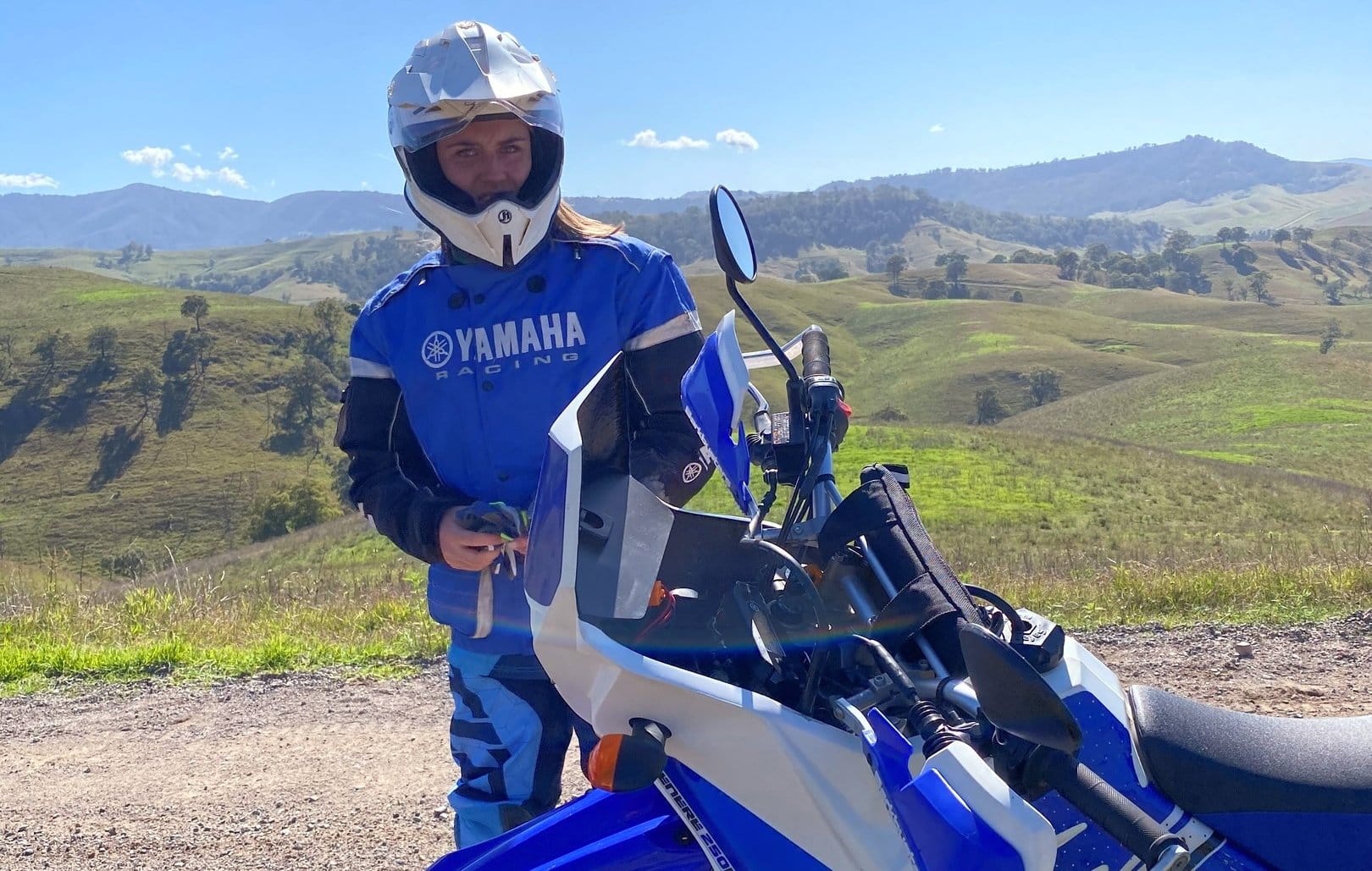 Annika wasn’t even the youngest on the ride. That award was given to 17-year-old student Abi Chadwick. Abi’s family is heavily involved in organising the Sunny Corner Trail Bike Rally and she started riding a PW50, aged four.

The young girls hit it off right away.

“There were so many fun people on the ride and the Ride ADV crew made me feel welcome, I highly recommend other girls joining even if, like me, you have little to no experience!” Annika said.