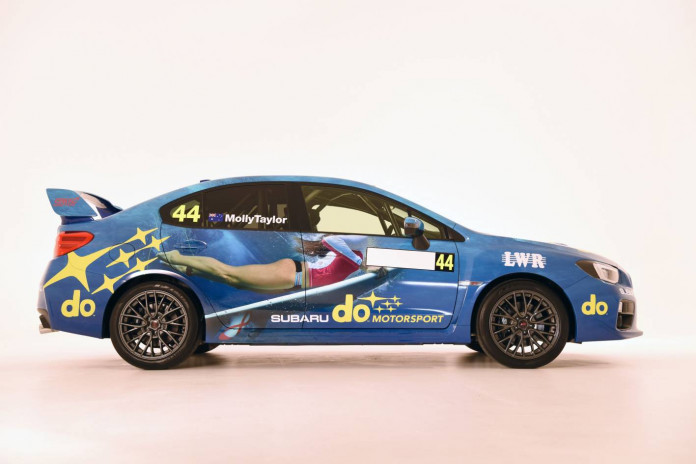 With the domestic rallying season set to commence in April, Subaru Australia is entrenching their solid war footing for the campaign ahead with the announcement of their team name Subaru do™ Motorsport. Picking up the pace, the multi-championship winning brand announced its newly formed team name to coincide with Subaru’s new brand direction.

Subaru Motorsport dominated the Australian rally circuit for 10 years with the iconic brand becoming the epitome of rallying excellence around the nation.

In a sneak peak of what the Subaru rally fans can expect, a mock-up of the team’s All-Wheel Drive WRX STI has been unveiled, showing the ongoing links to the classic World Rally (WR) Blue colour scheme – but drawing on a modern inspirations reflecting the active lifestyle of Subaru’s customer base.

Taylor who is making her Subaru debut at the season-opening Quit Forest Rally scheduled for April 22-24 in Western Australia, is keen to get some serious kilometres in the car.

One advantage Subaru takes into the opening round is Hayes’ resident status in WA. His experience on the uniquely challenging surfaces south of Busselton will be invaluable on Taylor’s debut event.

Next up for the team is testing of the WRX STI following an intense build program at Les Walkden Rallying in Tasmania.

The five round Australian Rally Championship will visit the Australian Capital Territory on May 27, Queensland on June 17, South Australia on September 9 and concludes in New South Wales on November 18.