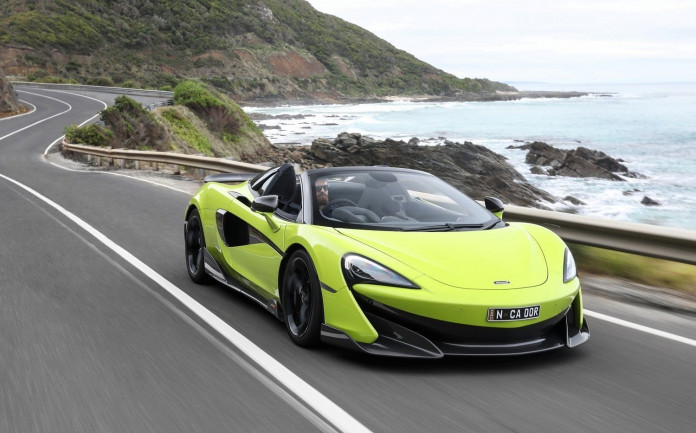 AUTOMOTIVE excellence is like a good recipe. All you need is the right ingredients and a good chef. In this case, the ingredients come in the form of a bloodline that harks back to the F1 GTR, with McLaren Automotive the chef.

The new 600LT Spider, the open-top version of the McLaren 600LT, is its tastiest dish yet, with the limited edition model now available in Australia at a cost of $496,000 plus on-roads.

The Spider continues the revival of the Longtail name, which began in 2015, with the launch of the 675LT. That limited-volume model rapidly sold out and was followed by the 675LT Spider; all 500 examples of which were sold within two weeks.

The fourth model to bear the Longtail name, the 600LT Coupé, was revealed in July 2018 at Goodwood Festival of Speed. Hailed by critics as one of the finest cars in its class, its Spider offspring is available to from McLaren Automotive dealers in limited numbers.

The McLaren 600LT Spider is hand assembled at the company’s Woking headquarters.

“The 600LT Spider carries the Longtail story on to its fifth chapter. Born from the legendary F1 bloodline, the 600LT lives and breathes the spirit of its predecessors, the F1 Longtail and 675LT, and the Spider is no exception,” McLaren Automotive’s head of Asia-Pacific Rob Pritchard said.

“The response to both the 600LT Coupe and Spider globally has been exceptional, with our customers eager to enter into the exclusive McLaren LT family,” he said.

“With availability limited on the 600LT range, we anticipate the Spider variant will be equally sought after in the Australian market, with orders swiftly approaching production capacity.”