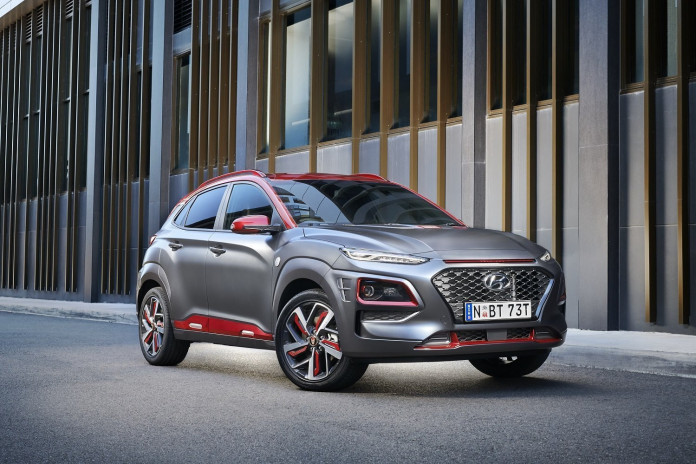 NOW we know when you read that headline your mind literally went What the Actual… But we’re serious. In true Tony Stark fashion, the 2019 Hyundai Kona has donned a new suit to become the first ever Marvel superhero featured vehicle.

Featuring Marvel and STARK Industries branding, the Kona Iron Man Edition will be limited to 400 examples in Australia, and comes with a bucket load of bespoke bits that are inspired by the comic book and film franchise.

Set to hit showrooms in March, the unusual set of wheels is the result of a collaboration with Marvel, and is available in just one colour scheme; with matte grey and Iron Man red exterior paintwork.

The Iron Man theme continues on the inside with red stitching and piping on the leather seats. The heated and ventilated front seats feature a stitched STARK Industries logo and an Iron Man image on the backrests.

The 8-inch multimedia touch screen and instrument cluster feature an Iron Man themed graphical interface, while a character themed welcome animation appears on both the cluster and Head-Up Display (HUD).

The instrument cluster and tachometer also feature the STARK Industries Arc Reactor as the background graphics, as does the leather wrapped and red stitched gear lever. The Iron Man theme is rounded off by a dashboard signature from Tony Stark.

It comes with one power train, a 130kW 1.6T-GDi petrol engine, with 7-speed Dual Clutch Transmission (DCT) and AWD. As well as the bespoke features, the Kona Iron Man Edition also shares equipment from within the Kona range.