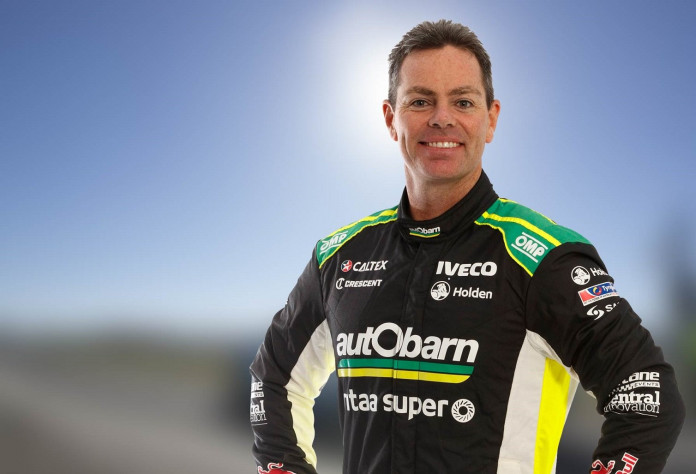 SUPERCARS driver Craig Lowndes has announced he will retire from full-time driving at the end of the 2018 Virgin Australia Supercars Championship season.

Despite having a contract with Triple Eight Race Engineering to the end of the 2019 season, the decision to step back from full-time driving was reached mutually with team boss Roland Dane.

The Autobarn Lowndes Racing driver has achieved a win and three podium finishes so far in 2018 and currently sits fourth in the championship.

“I’ve always said there are two key factors keeping me racing and those are my motivation to keep getting up and doing what I love and my competitiveness, and for me, nothing has changed,” Lowndes said.

“But at the same time I want to make sure I finish my last full-time season with some strong results in the bag and after this year’s results so far, Roland and I came to the decision between us that this will be my last full season behind the wheel.”

After more than 13 years with the team, Lowndes will step into an ambassador role from the start of next season, as well as co-driving for the team at endurance events.

“I’m also pleased to announce that I’ll be joining the broadcast team, which is something I’m really looking forward to. It’s not the last time you’ll see this grin in pit lane!”

Lowndes has a bucket list of overseas racing he’d like to do too, including racing at Le Mans.

The 44-year-old’s illustrious career on Australian shores has seen him break records and hit milestones in his 21 seasons as a full-time Australian Touring Car/Supercars Championship driver.

He has amassed three championship wins, six Bathurst 1000 crowns and 106 race wins, as well as being the first driver to clock up a century of race victories.