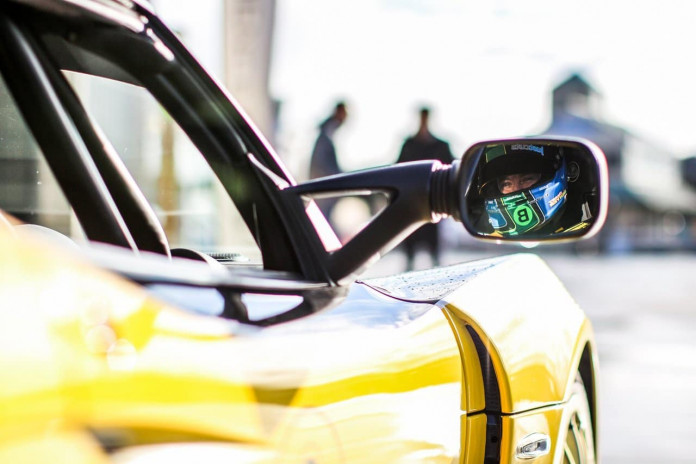 Starting with round one at Sandown Raceway (May 11-13) the teamwill race for outright and Class A1 honours in 2018, with plans for as many as 70 Lotus owners to have the chance to race as a support category to the APC-run Grand Finale in November.

The initial entry will be backed by Lotus Cars Australia, Just Cuts, Timken and VM Waste, with that single car entry also expected to grow rapidly, with up to three cars in the works for customers.

In the year that marks the 70th Anniversary of the Mark 1, Colin Chapman’s first Lotus, the company sees this race series as an opportunity to highlight its range of thoroughbred sports cars.

“Lotus has always had an involvement in motor sport over its 70 year history, with
numerous class and championship victories with some of the best drivers of all time
getting behind the wheel,” Lotus Cars Australia CEO Lee Knappett said.

“While we considered various other racing categories we felt the Australian
Production Car Series made a strong fit for us. What you’ll see us compete with is essentially what any car enthusiast can purchase for under $150,000”.

After Sandown in May, the series moves to Queensland Raceway in July, Winton Motor Raceway at the end of August, Sydney Motorsport Park in September, and then to Phillip Island Grand Prix Circuit in early November.

“We are thrilled at the opportunity to prepare and run these cars,” Simply Sports Cars owner Mark O’Conner said.

“The series is a really great fit for the Lotus Exige and it allows us to compete with similar-priced cars anyone can buy in the market, we are very excited to see how the season unfolds.”