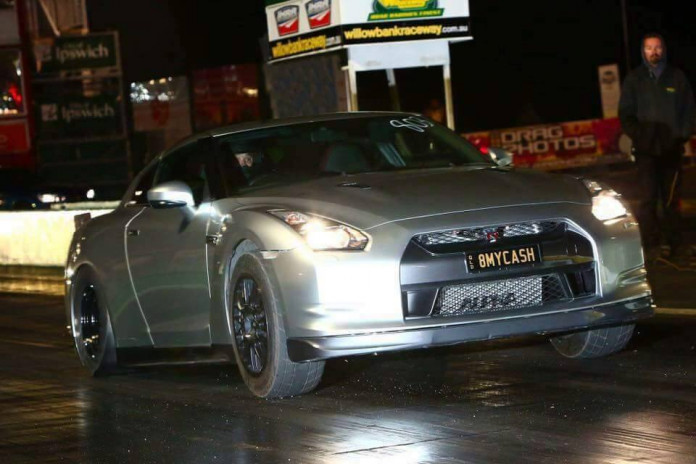 SO many cliches could describe what happened at the 2016 Snowy Mountains 1000, with talk of last chances and putting all your cards on the table sure to be associated with the final outcome – a brand new national record for Chris Thomson and his Nissan R35 GT-R – stopping the clocks at 336km/h and 16.55 seconds.

The result, recorded very late in the day, came after every Group 1 driver left everything they had on the track.

Defending champions and previous record holder Willall Racing would fail to fire after hurting their gearbox in the very first pass of the day. But for most of the day, their records stood, despite their own problems, with none of their rivals this year, including the Lamborghini Gallardo that came all the way from WA and the Precision Automotive prepped R35 of Aaron McGranahan.

It was McGranahan who would first take away one of Willall Racing’s records, pinching the 1000m time title with a 16.6 second pass, before Thomson himself would take the speed record with an astounding 332km/h pass (eclipsing the previous record by 4km/h).

With prevailing head winds, and cars struggling with wind and heat all over the place, not much hope was held amongst punters that anyone could go better, and that the two records would be headed to opposite sides of the country – but Thomson had other ideas.

We hope you enjoyed our coverage of the event, proudly presented by Little Hero Business Solutions.

We have included complete results.