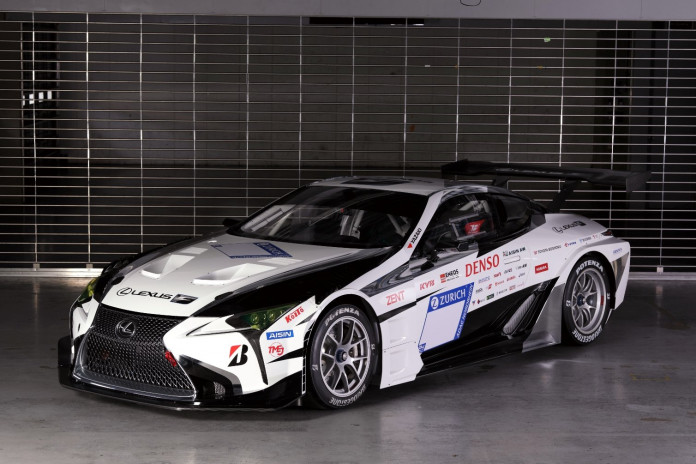 JAPANESE luxury car maker Lexus will enter its halo model, the LC coupe, in the 46th running of the 24 Hours Nürburgring in May, its first appearance in the prestigious event.

The model, introduced as a road car last year, has been adapted to race specification by Lexus mechanics and engineers and makes use of advanced development technologies that are destined to feature in future production models, including sports cars.

These include body technologies to reduce weight and increase rigidity, improved driver assistance modes, such as enhancing visibility. It also features new aerodynamic measures and suspension designs that are lighter, stronger and more responsive.

Lead driver Takeshi Tsuchiya will be joined for the race by three emerging talents – Takamitsu Matsui, Naoya Gamo and Yuichi Nakayama, in a race Lexus has participated in since 2007.

The car maker has achieved multiple class victories for the LFA super car and similar success for the RC F in 2016, and regards the Nürburgring as the ideal place to work on refining its people and its cars.

The infamous Nurburgring Nordschleife track is located in the beautiful Eifel region of Germany, just across the border from Belgium, and is nestled within the amazing and far-reaching Eifel forest. It is nicknamed the Green Hell.

Completed over a combination of the GP circuit (5.1km) and the famous Nordschleife (20.8km), the 24-hour Nurburgring race takes place on a combined circuit that is recognised and accepted as one of motor racing’s toughest challenges.

With its 170 corners, including the fabulous Karussell, a 210 degree banked corner, and over 1,000ft in altitude change from the lowest to highest points, it is no wonder that the legendary Sir Jackie Stewart gave it its famous nickname.

With around 200 cars entered to potentially take the starting grid, with everything from factory BMWs and Porsches to privateers in VW Golfs, the N24 truly is a spectacle like no other. The race is held on May 13 and 14, with a qualifying race held in April.