UPDATED: Legendary Mach 1 Mustang set to return to our shores in 2021 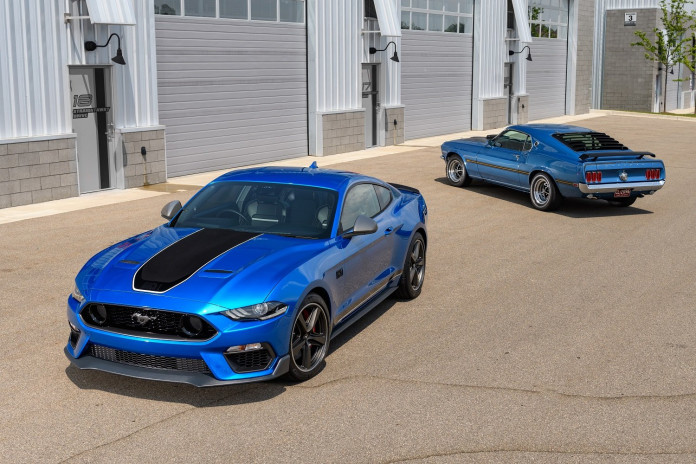 SEVENTY three years ago today, over Rogers Dry Lake in Southern California, the world flew faster than ever before with the first ever sound barrier breaking flight. Mission accomplished, Mach 1 was achieved.

Seventy three years later, the thirst for speed is quenched again. The Ford Mustang Mach 1 has returned as a truly global model, and will join the line-up in Australia for the first time in 2021.

“That spirit and determination to keep pushing, never settling and always trying to go further is what the Mach 1 Mustang was all about, and it’s fitting that we can bring Australian customers, who’ve made Mustang part of our motoring landscape, a 2021 Mustang Mach 1 of their very own.”

The iconic Mach 1 model, which first first appeared in North America in 1969, will be offered in Australia and New Zealand in 2021, with a limited run of 700 cars. It will also be the first factory right hand drive produced at the legendary Flat Rock (Michigan) plant.

“It’s a stunning looking vehicle, but above all it really is a Mustang made for enthusiasts, it is all about how it drives around a track, which is why I’m so pleased to be working on this project with Ford,” Supercars driver and Mustang Mach 1 ambassador Rick Kelly said.

“Racing a Mustang Supercar around tracks like Mount Panorama, where we’ll be this weekend, has been a highlight of 2020 for me, but Mach 1 is such a unique opportunity for fans and customers, so I am pumped for its arrival here next year.”

Since its arrival in Australia in 2015, the Ford Mustang has become the best selling sports car in Australia, and has seen a passionate customer base for special edition models, including Mustang BULLITT and the supercharged Mustang R-SPEC.

The Mach 1 will be offered alongside the Mustang 2.3-litre High Performance and Mustang GT in 2021. It will be available in manual or automatic transmission, and will be priced from $83,365 plus on-roads. A range of optional add-ons will be available.