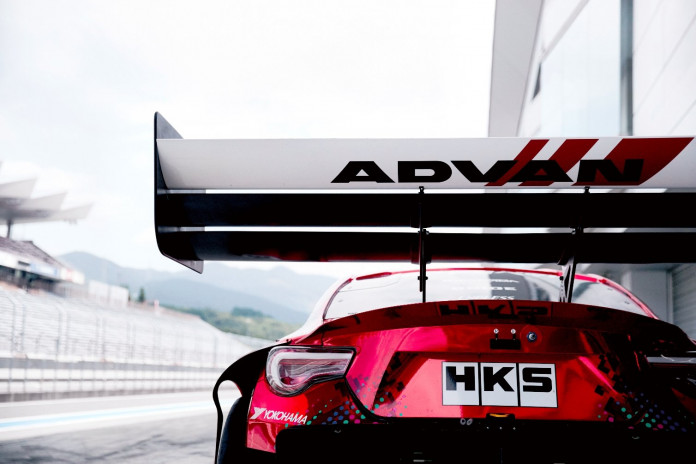 IN the world of time attack racing, one car is spoken about more than any other; the legendary HKS TRB-03. It’s the car that broke the Tsukuba lap record earlier this year in Japan, and it’s coming to the 2018 Yokohama World Time Attack Challenge.

Set to be driven in anger during the Midday Mayhem entertainment sessions, and running against the clock, the HKS TRB-03 will be piloted by factory HKS driver Nobuteru Taniguchi, and supported by an engineering team from HKS Japan.

While it won’t compete in the Pro Class because it is set up to run on slick tyres and was built outside the category regulations, it will provide an interesting benchmark against the current crop of billet engine equipped Pro Cars at the World Time Attack Challenge.

For those not familiar with the HKS car, it was built solely to set the time attack lap record at Tsukuba, which it did, embroiled in a sea of controversy across the globe for the use of a slick tyre in time attack racing.

With a full aero design by Andrew Brilliant, the HKS TRB-03 certainly looks the business, running a HKS ‘prototype’ FA25 engine with a claimed power output of 1000ps (735kW), coupled to a HKS sequential transmission.

“Seeing this car run in full flight will certainly be one of the highlights of WTAC 2018,” Superlap CEO Ian Baker said. “It is more than likely the one and only chance spectators will ever get to see this car run.”

The 2018 Yokohama World Time Attack Challenge attracts teams from all over the globe. To be held on October 12 and 13 at Sydney Motorsport Park, it also features drifting, motor sport legends, show’n’shine and a host of other attractions.