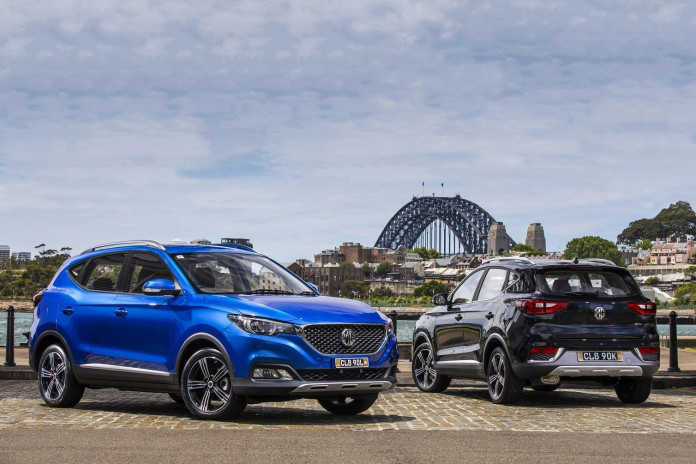 The new model comes in two variants, with the entry level ZS Soul, which hits the road at $20,990 and is powered by a naturally aspirated 84kW 1.5-litre four cylinder petrol engine, coupled with a four speed automatic transmission, producing 150Nm of torque.

Its more up market big brother, the Essence, is priced at $23,990, and gains a Stargazer panoramic sunroof with electric sunshade, and key-less start. It’s powered by an 82kW 1-litre three cylinder turbo-charged petrol engine that produces 160Nm of torque, and is coupled with a six speed auto.

Across the range, steering is height adjustable only, there are no face level air vents for rear occupants, and the centre rear occupant also misses out on a head rest. Boot capacity is 359 litres with the 60/40-split folding rear seat back in place, or 1166L with the back seats lowered.

An entry level Core version of the ZS will arrive in the first quarter of next year, with the ZS Core retaining as standard; auto headlights, an 8-inch screen, reversing camera, rear parking sensors and 17-inch alloys, although in a different design to the Soul and Essence.

Neither a manual transmission or all wheel drive are available in any model in the front-wheel-drive only ZS, with MG Motor Australia management of the belief their is little or no local demand for either a manual, or AWD option in the small SUV segment.

No local suspension tuning was undertaken for the ZS either, and it gets a European (McPherson) suspension tune here in preference to the only other option available, a softer, less desirable, Chinese market suspension set up.

With new dealerships in Moorooka, Wagga Wagga, Werribee and Redcliffe joining existing operations in Campbelltown, Coffs Harbour and Brisbane, the reborn brand is hoping not only to get a foothold in the Australian market, but grow its presence and sales nationally.

In an interview with Exhaust Notes Australia at the launch today, MG Motor’s Australian management team refused to be drawn on sales potential, or the significant challenges they will face in the biggest and toughest market sector in the country, with an abundant number of compact SUV models already available.

“MG is currently working on building a large robust relationship with dealerships as the company’s first priority, along with it’s customer base,” marketing manager Danny Lenartic said.

“[MG’s targeting of the compact SUV market] is not seen as a negative as the new ZS, at its attainable price point, has the largest interior space in its class, and is styled and pitched at families with active lifestyles.”