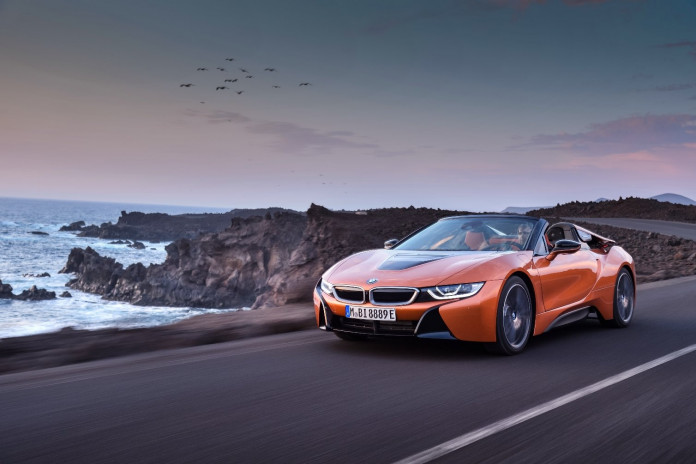 THE astounding Jaguar XE SV Project 8, now the fastest production spec four door sedan in the world, having lapped Nürburgring Nordschleife in 7min 21.23sec, is among a host of hot cars and new models tagged for a big reveal at the 2017 Los Angeles Auto Show, which opens to the public tomorrow (1 December).

Joining the ultra limited edition performance saloon at the final major car show event of the year, is the new BMW i8 Roadster, a new Mazda6, the Infiniti QX50 and the Range Rover SVAutobiography, with new models from Mercedes Benz, Jeep – with a new Wrangler, and Genesis (Hyundai’s performance arm), also joining the fray.

Years in the making, the open top version of BMW’s i8 coupe gets a power upgrade and up-styled new looks as part of the launch and provides another intoxicating chapter in the development of the plug-in hybrid performance car, and features an electric soft top that can be opened at speeds up to 50km/h.

Joining the i8 is the Genesis G70, the not so distant cousin of the unhinged Kia Stinger GT, which gains an up market look and feel, and the addition of AWD (which has not been offered on the Kia in Australia) and a diesel power plant (also not offered here by Kia). It will be available in both 3.3-litre and 2.0-litre petrol variants as well.

For Japanese car maker Mazda, the new Mazda6 draws its inspiration from the Vision Coupe project, and features a new grille, LED lights, new alloy wheels, and the addition of the Soul Red Crystal paint scheme. More importantly, it gets a new power plant; the Skyactiv-G 2.5-litre turbo petrol engine – capable of producing the same power as a 4.0-litre V8.

Last but far from least, there’s a new long wheelbase model for Range Rover, with the launch of the SVAutobiography, a new luxury halo model for the brand. It features power-closing rear doors, reclining airline-style seats and unique timepiece by Zenith. The new model is hand finished by Jaguar Land Rover Special Vehicle Operations (SVO).

Like all of the models featured here, it is headed to Australia, and can be pre-ordered from today. It is expected to go on sale from $372,400 plus on-roads. Australian release dates for the other models detailed in this story will be announced shortly.