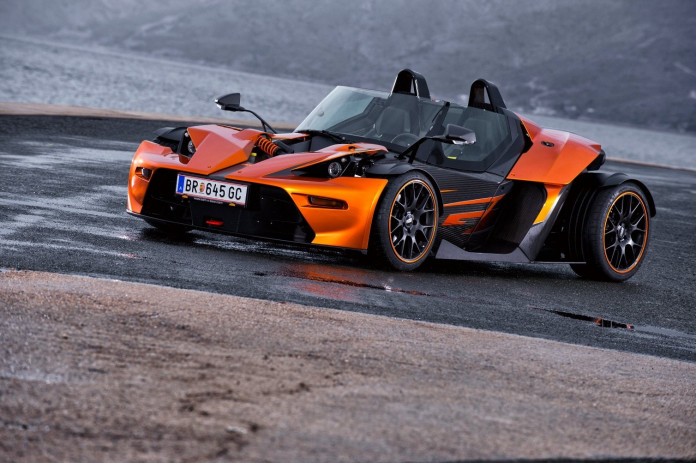 AUSTRALIAN sports car enthusiasts can now get their hands on the trailblazing X-BOW GT, the windshield and windows version of the astounding KTM X-BOW R, the first production vehicle to boast a single monocoque chassis.

Launched last Thursday night at a glitzy function in Melbourne, ahead of the Australian Formula 1 Grand Prix, the 2018 KTM X-BOW GT is powered by a turbo-charged 2.0-litre Audi engine, pushing out 220kW of power and 400Nm of torque.

While that doesn’t sound like much, imagine this; the X-BOW GT weighs in at around 800kg. If you’ve just done the rough power-to-weight calculations in your brain, you’ve probably just said “Oh my God” out loud.

With unique styling and ballistic performance it will turn heads and win nearly any traffic light showdown. At home, whether on the road or racetrack, this car is for those who love a pure driving experience.

The GT variant, thanks to the addition of the laminated safety glass windshield and gas-lift side windows, has also gained some additional add-ons, including a wind deflector, and improved ventilation.

It runs on Michelin Pilot Sport rubber, has massive Brembo brakes, and features a rear diffuser and fully clad underbelly. It was designed in conjunction with race car manufacturer Dallara.

The KTM X-BOW’s monocoque is made completely from composite carbon fibre material, ensuring it weighs about half the weight of most sports cars on the market today, and making it a truly unique mode of transport.

Australian distributor Simply Sports Cars (located in Sydney and Melbourne) has one available at that price, fitted with a sports exhaust, quick shifter, sports air filter, air conditioning and a rear wing package.