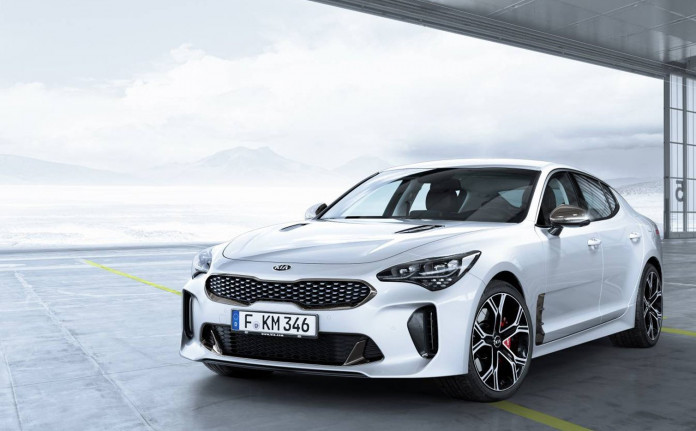 The Kia Stinger is coming down under.

Unveiled at the North American International Auto Show in Detroit, the Kia Stinger is an all new rear-wheel drive fastback sports sedan, powered by a twin-turbo 3.3L V6 mated to an eight-speed auto.

“This is a car you cannot help but be excited by,” he said.

“It has all the attributes to appeal to the Australian enthusiast – exciting design, a high-tech performance engine and gearbox combination and rear-wheel drive.

“The Stinger is the right car to take Kia, and the brand’s perception, to the next level in Australia. It is the type of car to add desire and excitement to Kia’s core values of style, reliability and value.”

It is believed the Stinger will be a direct rival to the incoming Commodore, which will be European made with similar specs.

With the Kia coming in rear wheel drive, Exhaust Notes Australia believes it is well positioned to win over the Commodore purists who critiqued the incoming model for only being available in all-wheel drive.

Kia will also call in the AMAu ride and handling team to develop a suspension tune specific to Australian conditions, making it an extremely attractive offering.

While final specifications of the Stinger are to be confirmed, it’s expected to produce 272kW of power at 6000rpm and an impressive 510Nm of torque from 1300rpm through to 4500rpm. There is an expected 0-100km/h sprint of 5.1 seconds.

“Those are the sort of performance figures which will give the Stinger credibility in any company and add an emotional element to the already compelling practical reasons for considering a Kia: 7-year warranty, 7-year capped price service and 7-year roadside assist,” Meredith added.

Exhaust Notes Australia is also of the understanding there are up to two Supercars teams in talks with Kia about a factory-backed operation for the 2018 season, which coincides with the move to the Next Gen platform that sees engine specifications move away from a V8-only formula.