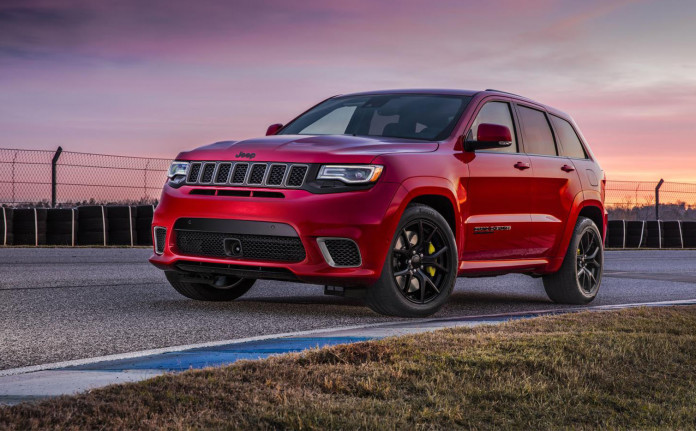 AUSTRALIA will get to see the world’s most powerful production SUV, with Jeep Australia confirming the Grand Cherokee Trackhawk is headed down under.

The Trackhawk was revealed at this year’s New York Auto Show and boasts specifications that make some sports cars weep. Powered by a supercharged 6.2-litre V8, the Trackhawk puts out a thumping 527kW with an impressive 874Nm of torque.

Despite its weight, it’s capable of 0-100km/h in just 3.6-seconds and has a claimed top speed of 290km/h. Just try not to think about the fuel consumption.

Jeep Australia boss Steve Zanlunghi says he campaigned hard to secure it for Australia as soon as the covers came off it in April.

“From the moment it was revealed in New York we knew we had to bring it to Australia. Public interest in the Trackhawk has been incredible – barely a day goes by when I’m not asked,” said Zanlunghi. “I’m very excited to confirm that the Trackhawk will officially join the new Grand Cherokee range.”

The Trackhawk will be available from December and will become the flagship model of the performance Grand Cherokee range.

“Australia is the second biggest market for our 344kW Grand Cherokee SRT, behind the USA – so we’re confident Australians will absolutely love the Trackhawk, which has even more of what makes the SRT so popular – a lot more!”

The Trawkhawk is also expected to handle well for its size courtesy of Brembo brakes and Bilstein shocks.