Jaguar charges ahead with I-PACE 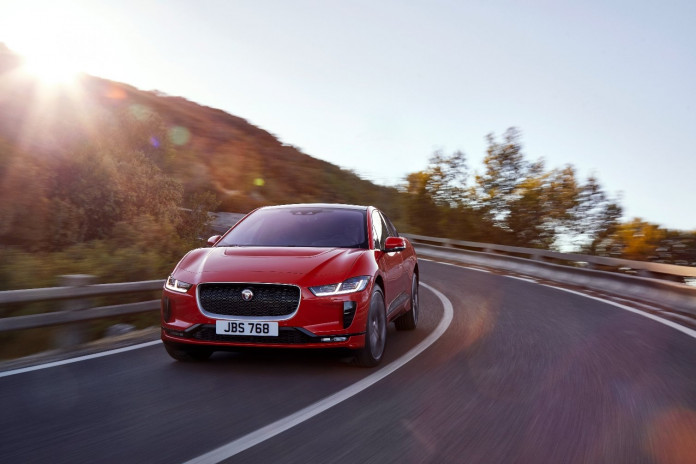 IN the early hours of this morning, Australian time, British car maker Jaguar took a massive leap forward in its promised move to full electric by 2020, with the unveiling of the brand new I-PACE – a car available from today.

In a unique situation, the new Jag hasn’t yet had its official public debut, that will come at the Geneva Motor Show on 6 March 2018, but confirmation has already come of its availability in Australia and around the world.

The incredible looking car, built as a performance SUV and earmarked already for a motor racing series in support of Formula E, is set to have a range of 480km and a 0 to 100km/h speed of 4.8 seconds.

The all-wheel-drive is built on the premise it’s a five-seater sports car in an SUV-like body, and will be packed with features including a massive new touch pad control system, a remote app, Wi-Fi, and full smart phone integration.

Among the stand out technology features though is an artificial intelligence system that learns your habits to set the car up better for you as a driver, a new look heads up display and interactive driver display.

Jaguar has confirmed that unlike rival Tesla, the new I-PACE, will make a noise, with the new model set to emit an external acoustic signal at speeds under 20km/h to help make pedestrians aware of the car’s presence.

A range of driver packs add further safety, including park assist, a safe exit monitor and a rear cross-traffic monitor.

A 90kWh battery powers the two drive motors in the I-PACE, pushing out 294kW of power and an impressive 694Nm of torque between them. Thanks to a 100kW DC charging system, it will be able to fill the batteries to 80% in an hour.

The new I-PACE is now available to order in Australia from $119,000 plus on-roads for the S variant. In addition to S, SE and HSE derivatives, there will also be a limited number of First Edition I-PACE models available. Delivery is expected from October 2018.