Isuzu not ruling out mid-sized SUV 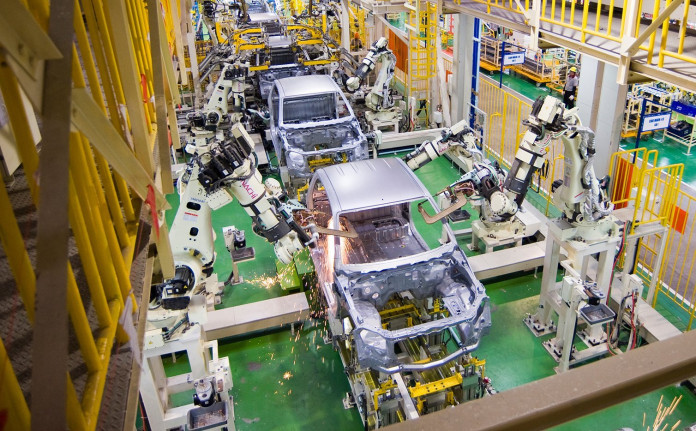 ISUZU Ute Australia executives are not ruling out an extended model range in the future, following the continued success of the D-Max ute and MU-X SUV over the past eight years, but say the focus will remain on its existing line up for the foreseeable future.

On the eve of the launch of the 2017 MU-X model earlier this week, Exhaust Notes Australia quizzed sales and marketing staff about potential expansion of the range in the future, with particular focus on the booming medium SUV sector.

According to Ben Jaeger, assistant general manager of sales at Isuzu Ute Australia, there are pros and cons to having a wider product range.

“We’ve only got two product lines. In a perfect world you’d have an entry model and a product in every line,” Jaeger said.

“The beauty of only having two models is you can concentrate on doing the most with them. It’s an easy position for our dealerships to be in. They can really be experts on the models by not needing to know a range of 30 or 40 variants.

“From a marketing point of view you’ve only got so much budget and if we had six product lines and you had to split the budget six ways, you wouldn’t get the cut through we can with two.”

However, Exhaust Notes Australia wonders whether the now fairly well established brand is missing out on a crucial market by only playing in the large SUV and ute sectors.

In our recent review of the 2017 D-Max LS-Terrain, we commended Isuzu for their 2016 sales performance. Since its entry into the Australian market, the brand has recorded double digit growth year on year, and ended up with a total of 23,377 sales – up 11 per cent on 2015.

If Isuzu was to enter the medium sector, competitors would include Mazda CX-5, Honda CRV, Hyundai Tucson, Ford Escape and Toyota Rav 4.

Isuzu Ute’s general manager of PR and marketing, Mike Conybeare admits it’s a weak point for the brand, but for now the focus is on the larger D-Max and MU-X.

“There’s a market for it, and I wouldn’t say that we are against it. We’d never say no to anything but at this stage there is no plans for it. That’s not to say that there might not be plans down the line,” Conybeare said.

“In reality, we don’t know what Isuzu Japan has in development. We could ask about expanding our range, but at this point we’re not pushing for that. We don’t see the need for that right now.

“We’re concentrating on our two models and trying to expand those two brand names and then potentially in the future we may look to expand.”

“Previous models of the Isuzu MU had the short wheel base vehicle, but at the moment there’s none being manufactured by Isuzu in the world – but that’s not to say when they see how this current MU-X starts to do that it won’t open up.”

Jeager agreed that a medium SUV definitely has appeal for the Australian market.

“You’d love a medium SUV, because that’s the largest sector of the SUV segment. There’s lots of players, as many as in the passenger market but you’d never say no,” he said. “People like the height [of an SUV], that’s why they are so popular. The hip height is good, they like the storage and they look a bit trendier than a passenger type car.”

Exhaust Notes Australia also believes there is another compelling argument for Isuzu to consider expanding the range.

As the leading diesel engine supplier in the world, Isuzu is a firm believer that its core point of difference is its motor. VFACTS figures show that of the 441,017 SUV sales (across all sizes), diesels made up 147,715 – roughly one third.

A smaller Isuzu SUV would serve as the ideal platform to introduce its 1.9L DDI Blue Power engine for which it has received extensive push back from customers and dealers on.