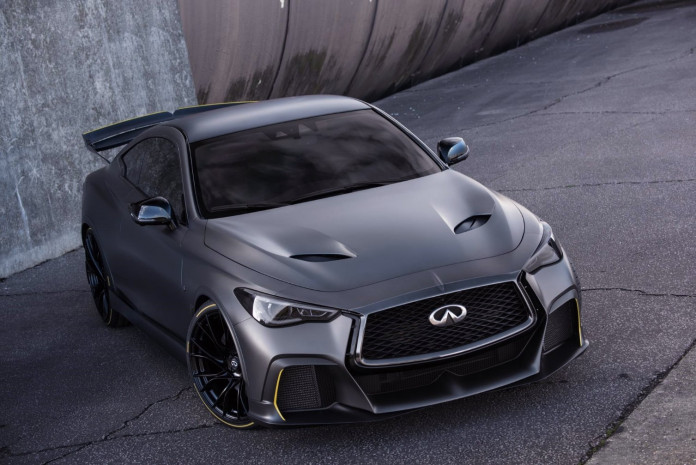 AS it propels itself towards an electric future, INFINITI is set to reveal a new 420kW dual-hybrid Project Black S prototype with a Formula One power train at the Paris Motor Show on October 1.

The Project Black S fuses high-performance dual-hybrid technology with INFINITI’s award-winning VR30 3.0-litre V6 twin-turbo engine, along with a unique ‘energy recovery system’ (ERS) for greater power and torque than the engine upon which it is based.

The dual-hybrid power train prototype has an estimated power to weight ratio of 235W/kg, achieving 0-100km/h in less than four seconds.

The prototype is based on the Q60 red S sports coupe and has been developed together with the Renault Sport Formula One Team. This expertise is no more evident than in the high-tech design of the rear wing.

For a development vehicle based on a homologated road car, the impact is significant, and thanks to digital modelling, offers a fine-tuned compromise between maximum straight-line stability and high-traction under cornering.