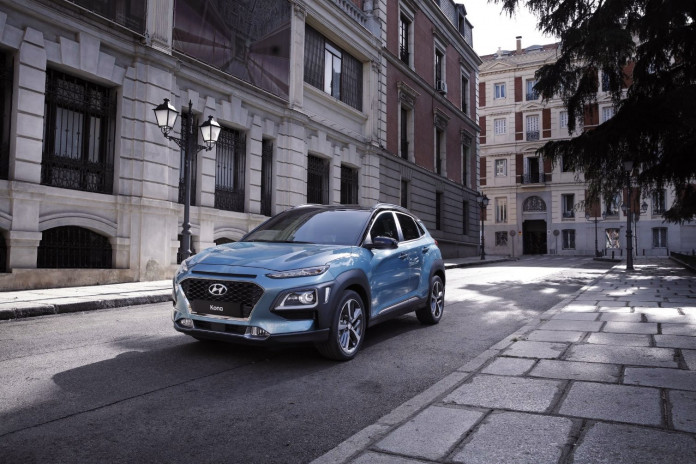 Due for release in late September in Australia, and with new models imminent for the Honda and Subaru offerings, Hyundai has today lifted the covers off a vehicle it says will offer advanced technology and class-leading safety features, and set new standards for the segment.

The new look Kona is set on a lower, longer and wider platform than many of its rivals, with body styling designed to give a more armoured look, while LED lighting, a cascading grille, and sporty, nimble handling all coming together to combine a fluid design, and ensure superior driving ability at high speed.

As with the front LED lights, the rear light configuration also creates a truly unique signature appearance. The slim brake lights, turn indicators and reverse lamp are placed in a separate configuration, while a number of playful color variations, including two-tone paint schemes, will allow buyers to customize their Kona.

Inside, the Kona will feature a best-in-class AVN (Audio, Visual, Navigation) monitor, floated into the dashboard, while a variety of fluid design touches will complete the look throughout the cabin. Elevated seating, and an optimised under floor layout which includes improvements to the 4WD drivetrain and exhaust system, to reduce central tunnel intrusion, will provide significant interior space.

In Australia, the Hyundai Kona will come in three trim levels, wth the entry-level model powered by a 110kW 2WD 2.0-litre power plant, while the mid-range and top spec models will be powered by a 1.6T-GDI turbo charged engine, driving all four wheels through a seven-speed dual-clutch transmission. The top of the line model also gets heads-up display (HUD).

The Kona is named after the coastal region on the Big Island of Hawaii, USA.