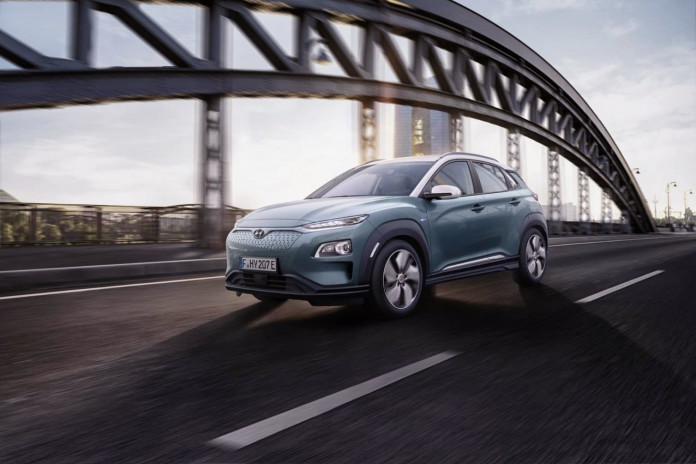 KOREAN car maker Hyundai is diving head first into the electric vehicle market, with the unveiling of an all-electric Kona, with the world’s first small SUV EV set to be launched at the Geneva Motor Show.

Set to go to market with two power trains, buyers will be able to choose between a long range 150kW version capable of an estimated driving distance of 470km, or a basic 99kW version that will run for 300km.

Both vehicle options will have 395Nm of torque on tap, and will accelerate from 0 to 100km/h in 7.6 seconds. The plug-in Kona also features a unique exterior design with closed grille and a dedicated centre console inside, for the shift-by-wire gear control.

It will come bundled with a wide range of active Hyundai SmartSense safety features including Autonomous Emergency Braking with Pedestrian Detection, and Blind Spot Detection with Rear Cross Traffic Alert.

Officially the new Kona EV is still being assessed for the Australian market, but with a number of other vehicle manufacturers pushing ahead with fully electric vehicle launches, it seems like only a matter of time before it’s confirmed for local showrooms.