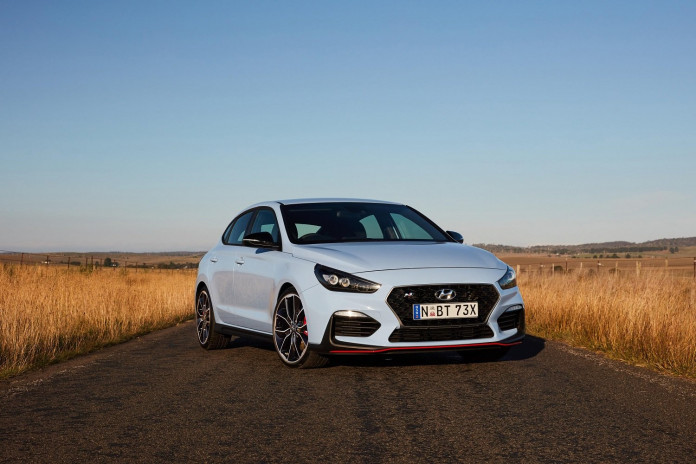 FEATURING scintillating 202kW turbo performance in a sophisticated five-door coupe, the Hyundai i30 Fastback N has arrived in Australia, complete with a global chassis calibration honed on the Nürburgring, with Australian tuning input.

Representing the second local offering from the N Performance arm of Korean car maker Hyundai, the i30 Fastback N was developed from the acclaimed i30 N hot hatch, and like its sibling, even comes with a Hyundai factory warranty that covers racetrack driving

Under the hood though, it shares the same 202kW, 353Nm 2.0-litre turbocharged four-cylinder engine, and the fitment of high-performance semi-slick tyres as the hatch variant.

The i30 Fastback N arrives in Australia on the back of Hyundai’s success in the inaugural FIA World Touring Car Cup (WTCR) securing both drivers’ and teams’ championships with the dominant i30 N TCR race car.

An all-round performer, the i30 Fastback N offers 1,944 permutations of driver-selectable options, allowing it to be tailored to the driver and conditions – playing the practical, comfortable and economical daily drive or the fire-breathing, focused high-performance car at the press of a button.

Like its hot-hatch sibling, the i30 Fastback N is offered in a single 202kW Performance model, grade starting at $41,990 plus on-road costs. The full complement of driver focused technology is standard.

In addition to the standard setup, the i30 Fastback N can be personalised with the choice of two option packs – the Luxury Pack ($3,000) and the Luxury Pack with Panoramic Sunroof ($5,000).

“The i30 N set new benchmarks for both the compact high-performance car and for Hyundai Motor Company, with its acclaimed arrival last year,” HMCA CEO JW Lee said.

“Now, the i30 Fastback N joins as the second in our N Performance series, to give driving enthusiasts the choice of a uniquely sleek and sophisticated high-performance coupe.”

The new i30 Fastback N is available in six exterior colours, with the introduction of a sophisticated Shadow Grey as the model’s signature shade.