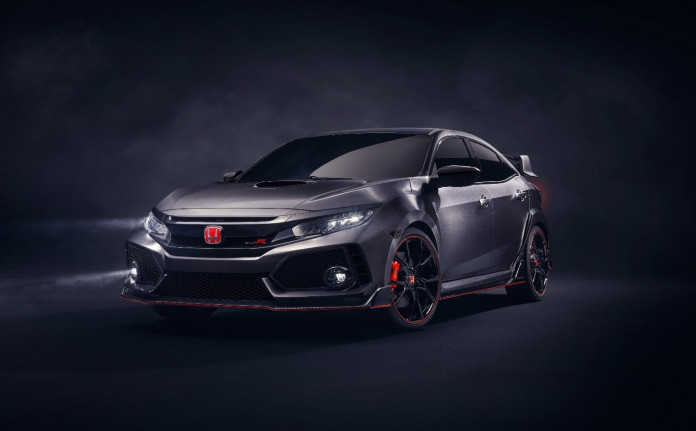 JAPANESE car maker Honda will use the 2017 Geneva Motor Show (which kicks off on March 9) to reveal the production version of the brand new Civic Type R.

The brand new performance Civic (the prototype of which is pictured here) will feature Honda’s latest 2.0-litre VTEC Turbo petrol engine, with production set to being in the UK mid year.

The company will also use the event to showcase the Clarity hydrogen fuel cell vehicle (with a 620km range), and the NeuV – a fully electric concept car that can function as a ride sharing vehicle when the owner is not using the car, can sell energy back to the electricity grid, and features AI powerful enough to learn the owner’s emotions (and make recommendations based on its learnings).