IF the original Harley-Davidson Sportster motorcycle was considered a giant killer all those years ago, then the new Sportster S is an apex predator, with this model offering 90kW of power and 127Nm of torque from its Revolution Max powertrain.

Unveiled to the world overnight, the custom sport motorcycle is designed to deliver a thrilling riding experience and ushers in a new era of sportster performance from the 1250T V-Twin.

It’s the second model to feature this engine, following on from its debut earlier this year in the Pan America. That said, it will, in Sportster S form, produce less power than the 112kW offered by the brand’s off-road adventurer.

In this case, the 1250cc Revolution Max 1250T engine is tuned to make tremendous torque at low RPM, with a torque curve that stays flat through the powerband.

To minimise overall weight the engine is integrated as the central member of the chassis. The result is a very stiff chassis with precise handling.

It’s also lighter than the Pan America, by some 30kg, at 228kg, and features a high-mount 2-into-1-into-2 exhaust designed to produce a pleasing low-frequency tone. It will be priced from $26,495 when it lands in November this year (for the Vivid Black model).

“The Sportster S is the next all-new motorcycle built on the Revolution Max platform and sets a new performance standard for the Sportster line,” Harley-Davidson CEO Jochen Zeitz said.

“This is a next generation Sportster defined by power, performance, technology and style. And it’s part of our commitment to introduce motorcycles that align with our strategy to increase desirability and to drive the legacy of Harley-Davidson.” 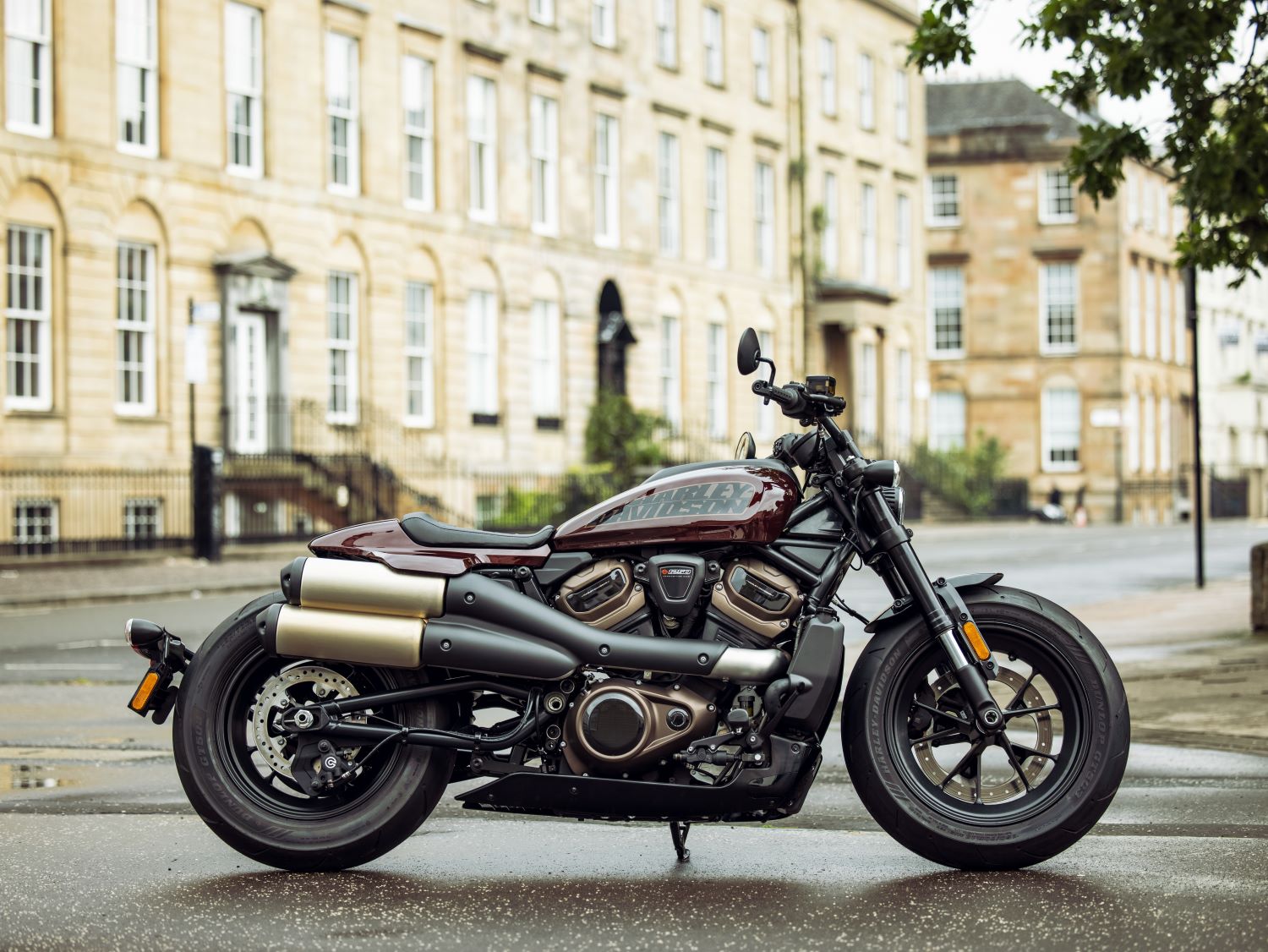 2022 Harley-Davidson Sportster SIn profile, the Sportster S model appears crouched and powerful. The fuel tank and tail section frame the engine as the predominate centrepiece of the motorcycle. The massive front tyre recalls the fender-less front end of a classic bobber.

“Every visual design element of the Sportster S model is an expression of the motorcycle’s raw power,” Harley-Davidson’s VP of styling and design, Brad Richards said. “This is a wolf in wolf’s clothing.”

The powertrain is highlighted with a Chocolate Satin finish on the lightweight magnesium engine covers. Textures, colours, finishes and details were selected to give the Sportster S the look of a custom show bike that just happens to be parked in the owner’s garage.

The Sportster S is equipped with a host of technologies designed to the enhance the riding experience, including three pre-programmed, selectable ride modes (Sport, Road and Rain), which electronically control the performance characteristics of the motorcycle.

These are designed to enhance rider confidence during unexpected situations or adverse road conditions, and match motorcycle performance to available traction during acceleration, deceleration and braking, in a straight line or while in a turn.

A round 4.0-inch TFT screen displays all instrumentation and supports infotainment generated by the rider’s Bluetooth-equipped mobile device and helmet headset, including music, incoming and out-going calls, and navigation supplied by the Harley-Davidson app.

The rear suspension features hydraulic pre-load adjustment using a convenient knob located on the left side of the motorcycle. Lightweight cast aluminium wheels with a staggered, five-spoke design are shod with Dunlop/Harley-Davidson Series GT503 tyres.

Forward foot controls and a low handlebar put the Sportster S rider in an aggressive posture on the bike. Unladen seat height is 29.6-inches, low enough for most riders to get feet down at a stop.

A range of accessories will be available from launch including a mid-control conversion kit, a pillion foot-peg kit, a sundowner seat, windscreen and tail bag. For further information, please contact your local Harley-Davidson dealer.

Is the new Isuzu MU-X the ultimate all-rounder?