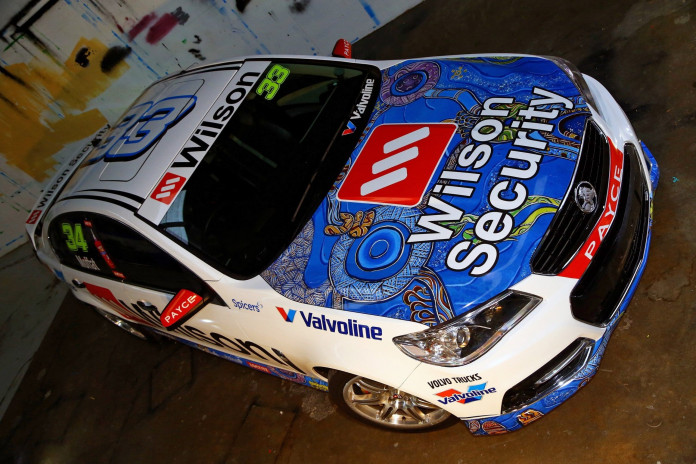 The striking new paint scheme was unveiled early this morning to coincide with National Reconciliation Week 2017 (27 May to 3 June).

The Wilson Group has formally committed to supporting reconciliation with indigenous Australians through its Reconciliation Action Plan (RAP), launched back in March.

The Wilson RAP is focused on reconciliation through sustainable job opportunities for Aboriginal and Torres Strait Islander people and a commitment to creating safe, inclusive and respectful workplaces.

The new livery is based on an artwork painted by indigenous artist Hazel Cowburn, depicting an aerial view of the land and sea, that includes journey lines, meeting places and spirit guides, which tell the story of the journey of reconciliation.

GRM’s team uniforms will also change to match the artwork, and there will be a special edition limited run of supporter merchandise also available to the public.

The new livery will appear on the Wilson Security GRM cars for the Darwin Triple Crown, Townsville 400 and Ipswich SuperSprint.