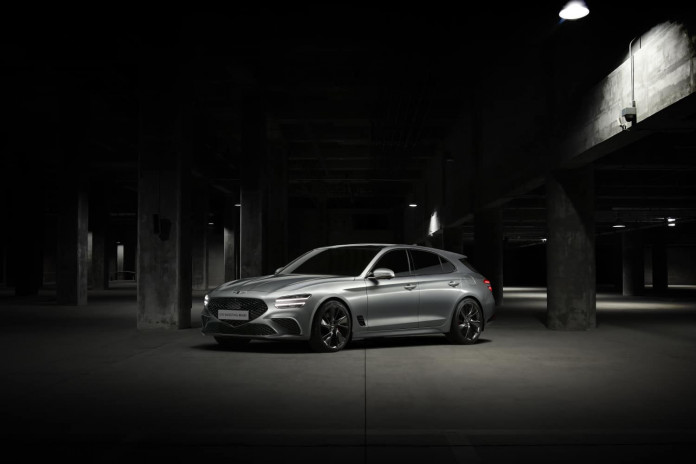 GENESIS has revealed the G70 Shooting Brake, based on the sedan it unveiled last year, with the new model combining enhanced practicality, and a nod to European automotive history.

The G70 Shooting Brake’s signature crest grille is set lower than the quad lamps, which spread outward to evoke a sprinter’s pre-race posture and highlight the model’s athletic design.

When viewed from the side, the combination of the single-piece glass hatch extending to the rear, with the floating integrated spoiler, communicates the G70 Shooting Brake’s athletic intent.

At the rear, luggage space is maximised by moving the tailgate hinges forward. While the quad lamps which underpin the ‘two lines’ signature, the epitome of the Genesis brand identity, extend to the surface of the hatch to create a unique impression.

The G70 Shooting Brake, due to arrive in Australia in Q3 of this year, will be the fifth model in the car maker’s ever expanding range, after it launched the G80, GV80, G70 sedan and GV70 mid-sized SUV down under.

Revealed in Europe, where Genesis is seeking to gather key luxury market segments as it expands across the globe, the bespoke wagon is sure to be popular offering in a market where the shooting brake is a much-liked option.

Further information, including pricing and specifications, will be announced closer to launch.