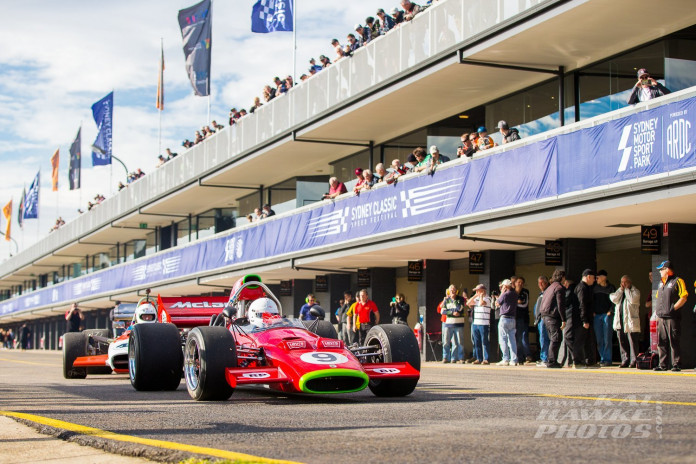 SYDNEY Motorsport Park was the venue for the recent Sydney Classic Speed Festival, and we were there to capture some legendary classics of the motor racing world, along with some newer, but still classic touring cars.

The event, which included a range of new race formats, was a veritable showcase of classic racing cars from the 60s and 70s, including Porsches, Corvettes, Alfa Romeos, Austin Healeys and MGs, along with classic racers from Matich, Elfin, McLaren and Lola.

There were plenty of touring cars too, including Mustangs, Camaros, Toranas and Minis, along with Commodores, Falcons, Skylines, Sierras, BMWs and Corollas, plus the highly competitive Formula Fords, who also celebrated their 50th Anniversary.

Kat Hawke is a Sydney-based photographer. Her past work includes a number of world surfing tour events (including The Beachley Classic), and attending the Rolex Monterey Motorsport Reunion at Laguna Seca in California (with ex-NASCAR and vintage Porsche racer Ron Goodman). She also photographed the 2016 Porsche Rennsport Australia Motor Racing Festival for Exhaust Notes Australia. All images have been supplied by Kat Hawke and Kat Hawke Photography.